The meaning and procedure for converting screwdrivers to lithium batteries

Why do nickel-cadmium batteries fail quickly? In a garland of series-connected cans, each is special. The chemical process is individual, the charge in closed systems is different. In the event of a malfunction in one bank, the design does not provide the required voltage. There is no provision for monitoring and balancing the charge in individual components.

There are only two obstacles to converting a screwdriver for lithium batteries, it is impossible to work with it at minus. The capacity of cans decreases, starting from a decrease already from 10 0 C. Lithium batteries are expensive.

Knowing what input voltage is required for the screwdriver, the charger is reworked, taking into account the placement of the lithium battery cells and control elements in the factory container. You can also do with a flashlight by upgrading the socket for a block of 18650 cells. 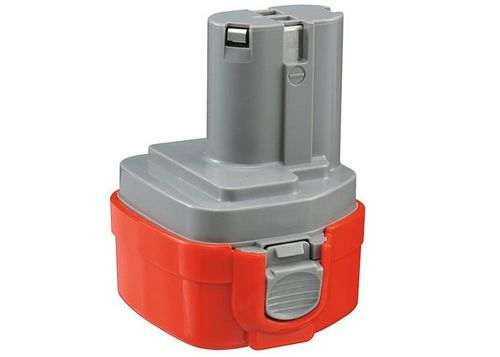 Let’s say you need to rework a 12 V screwdriver using Ni-Cd cans on li-ion. If you use 3 cans, the output voltage is not enough: 3.6 x 3 = 10.8 V. With 4 components, the power of the apparatus will be higher: 3.6 x 4 = 14.4 V. This will make the instrument 182 g lighter , its power will slightly increase, the capacity is solid pluses. But when dismantling, it is necessary to leave the terminals and the native thermal sensor.

Converting a Makita screwdriver to a lithium battery

There is a Makita screwdriver with a 1.3 A / h battery and a voltage of 9.6 V. To change the power source to a lithium-ion one, you will need 3 18650 components. Alteration will give the old tool new opportunities: power, as the operating voltage rises to 10.8 V.

The design will require the use of a BMS, a control controller that maintains the lithium cell operating mode within operating limits. With this breaker, each cell will be charged evenly without exceeding 4.2V, lower voltage 2.7V. A built-in balancer is used here.

The parameters of the controller should accompany the operation of the instrument when the operating current rises to 10-20 A. The Sony VTC4 30 A board, designed for a capacity of 2100 A / h, can ensure operation without shutdown. Of the 20 amperes, the Sanyo UR18650NSX accepting energies of 2600A / h is suitable. The board is needed for 3 elements, which is marked in the 3S classification. In this case, the board must have 2 contacts, plus and minus. If the conclusions are designated with the letters P-, P, C-, they are intended for later models of screwdrivers.

Read more:  220 Screwdriver From A Charger

A step-by-step instruction on how to convert a Makita screwdriver to lithium batteries looks like this.

In a screwdriver with an old DC9710 charger, after charging the 18650 lithium battery, the red LED on the panel will turn off. The built-in controller monitors the charge level.

The Makita DC1414 T charger is used to charge 7.2-14.4 V power sources. While charging, the red light is on. But when charging a lithium battery, its voltage does not fit into the standards of salt products, and after 12 V, the charger will flash red and green. But the required charging is already there. The screwdriver is ready for use.

Also, more lithium cells will give more capacity. This means more operating time of the screwdriver.

Read more:  How To Revive A Screwdriver Battery At Home

And the last preparatory stage is choosing a controller. According to its characteristics, it must correspond to the rated voltage and discharge current. That is, if you decide to assemble a 14.4 volt battery, then choose a controller with this voltage. The working discharge current is usually chosen to be two times less than the maximum permissible current.

Converting the battery of a screwdriver to lithium cells

The first question that arises when it comes to replacing batteries in a screwdriver with lithium is the expediency of the time and effort expended and what benefits we will get in the end. So let’s take a look at the pros and cons.
Redesigning the charger for a lithium battery screwdriver will give the following advantages:
Increasing the operating time of the screwdriver several times.
Device recharge speeds. You can charge the screwdriver in 1 hour.
High power charging current. New generation batteries have up to 1-2C.
Save money on battery replacement.
Lithium-ion batteries have no memory effect.

Alteration of the charger of the screwdriver for lithium batteries

When all the elements are ready, we begin the collection process. For example, we considered the conversion of a 12v screwdriver to lithium batteries, inside which there are 12 nickel-cadmium cans of 1.2 volts each. First, we disassemble the battery case and remove the nickel-cadmium batteries using wire cutters. Leave the connector in place.

We install the controller and the thermocouple instead of the temperature sensor. Remember to carefully select the correct size for your case.
Next, we turn to the main task: it is necessary to sequentially solder the prepared elements. Then solder the controller according to the diagram. Remember to connect the balancing points. As a rule, a connector and wires are provided for them on the board.
When the battery is ready, you need to solder the leads for plus and minus and place the structure in the case.

This completes the process.

As a rule, there are no difficulties with a standard charger when charging lithium cells. And since the charge goes through the controller, you don’t have to worry about a new battery.

If you are familiar with the principles of building electrical circuits, you can make your own power supply. Diagram giving general concepts in the illustration.

The transformer can be picked up from an old tube TV, or other household appliances. Power 220 volts 250-350W. The main thing is that the donor power supply should not be pulsed.

However, if the output winding current is at least 15 amperes (see transformer specification) there is nothing to worry about.

After the losses on the diode bridge (1-1.5 V on the diode), you will get the required output value.

If you have an electrical engineering education, make the calculation yourself. Or in a practical way: by connecting a 220 volt 100W incandescent lamp as a load, measure the output voltage. E

If it exceeds the needs of the screwdriver, reduce the number of turns of the secondary winding of the transformer.

Using a power supply from a personal computer

On the radio market, you can purchase an old power supply from a personal computer for a small cost. We need a variant of the AT format, which had to be turned off with the key after exiting the operating system.

Experienced users remember such system blocks. The advantage of such a power supply is also that it indicates an honest power. If it says 300W, it means you can safely remove 15-16 amperes from the 12-volt output (again referring to Ohm’s law). This is enough to power an average screwdriver.

Such blocks have a power button in the kit. Another advantage is the presence of a cooling fan and an advanced overload protection system.

If you will hide the power supply in a beautiful case, do not forget to leave a hole for ventilation.

Limitations A screwdriver with a supply voltage higher than 14 volts will not work.