How to wind line on a trimmer

You don’t need to have any special skills to reel in a gas or electric trimmer. To begin with, it is important to decide on a suitable consumable, and then choose the best method. There are two different ways to load the line into the spool of the device..

Removing the coil from the trimmer

On small electric bottom motor trimmers (when operating near the ground), the reel usually has two buttons on the sides. Click on them and disconnect one half of the coil body from the second, which remains on the trimmer. Together with the first half, the inner part is also taken out, on which the fishing line is directly wound. When parsing, be careful: there is a spring inside that can fly out and get lost.

On electric and gasoline trimmers with a curved bar (there is still no way to put a knife on such trimmers), you need to wrap the coil body itself with one hand, and with the other hand you need to start rotating the lamb on it counterclockwise. It is he who attaches the coil to the trimmer bar. Having unscrewed the lamb, carefully remove the entire coil, trying not to lose the spring inside..

On electric and gasoline trimmers with a straight bar and a gearbox at its end (on such trimmers, in addition to fishing line, you can also install a knife), we look for a hole under the coil, insert, for example, a screwdriver into it, quietly rotate the coil until the screwdriver crawls even deeper, and the coil will lock. Now we turn the whole coil clockwise (since the thread is left-hand) and remove it from the trimmer. Then we disassemble the coil. It can be assembled with latches or twisted with a lamb. If the coil is on snaps, then press on the sides on the base of the snaps so that they bend and release one half of the coil body from the other. We just unscrew the lamb. There may also be a third type of connection of two halves of such a coil: with it, you need to grab the lower part with one hand, and the upper part with the other, and start turning them in opposite directions. When disassembling such a coil, you also need to make sure that the spring inside is not lost..

In addition, you should pay special attention to the thickness of the consumable. For mowing young grass, a thread with a diameter of one and a half millimeters is suitable. The larger the diameter of the thread, the drier and coarser weeds it is capable of overpowering. 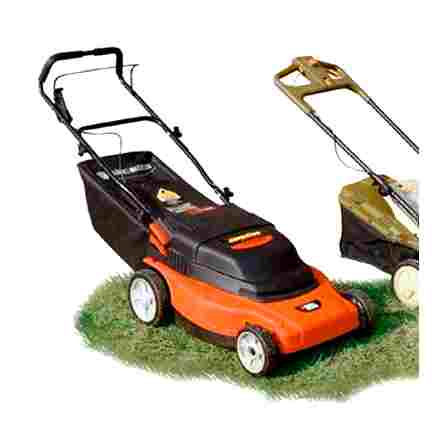 When choosing a fishing line by thickness, there is one “but”. It is important not only to assess the capabilities of the material, but also to take into account the features of the trimmer. Be sure to check the user manual that came with your tool for information on cutting element requirements..

That is why it is necessary to approach the choice of consumables no less responsibly than to refuel it in the trimmer. When a suitable fishing line is found and purchased, you can begin to consider ways of winding it on a reel..

A trimmer that mows grass with a fishing line can be used near: houses and other buildings, fences and hedges, trees and shrubs, beds and flower beds, row spacing in a garden plot.

Such a convenient, and most importantly, effective device like a trimmer exists in several variations:

As the names suggest, trimmer types differ markedly from one another. But regardless of the type of this tool, a fishing line can be its cutting element. Of course, the line tucked into the trimmer reel is not endless. And sooner or later you will need to replace it with a new one..

Read more:  How To Sharpen A Lawn Mower Knife Yourself

Line consumption directly depends on the frequency of use of the device and the scale of the work performed. The more grass is cut and the more often it is trimmed with the trimmer, the more active the line is used in it. And, accordingly, the faster it will end. In this regard, the question arises: how to thread the line into the trimmer spool?

Not everyone knows the answer to this question. But the winding of the line on the reel plays an important role in the trimmer operation. For the device to function properly, it is very important to properly wind the new line onto the reel. How to change the line on the trimmer, and will be discussed in this article.

The required amount of line has been cut off. Now you need to carefully examine the bobbin in order to understand what type it belongs to. It depends on how the line is to be wound on it..

There are two types of bobbins. In general, they differ slightly from each other. Regardless of the type, the coil is divided into two sections – upper and lower. In the first type, the dividing edge does not close into a ring and has a depression.

In the second type, it is solid, but near it there are small through holes on the sides on both sides. The method of winding the thread should be studied depending on which of the above types the coil belongs to..

The process is complete. The line is tucked into a reel. The trimmer is ready for further work.

Insert the resulting loop into the groove.

Lay the line in the direction indicated on the element body.

Insert the short end into the slot on the side of the spool.

Secure the long end in the opposite groove.

Place the spool of coiled line into the spool body.

Pull the line out of the locking grooves.

Put on the cover and fix.

Trim the ends of the line, leaving 10 to 15 centimeters.

The replacement of the line is completed and now it remains only to screw the bobbin onto the trimmer and you can work.

The main elements of the trigger is the mowing head, which is a cylindrical body with a bobbin inserted inside. The fishing line (cord) is tucked into it. The heads differ from each other in the way of feeding and threading the cord. There are three types of heads in total: 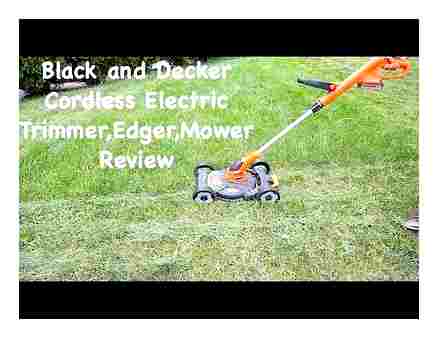 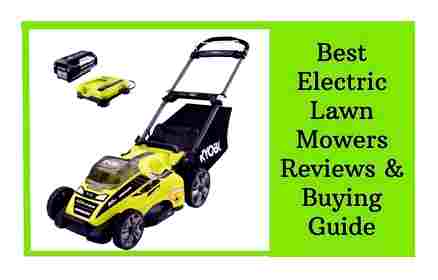 The drive to this mower is set only for the action of the working equipment, and the wheel chassis serves for its comfortable movement by the operator. The general action is fairly common, similar to other rotary lawnmowers:

All Bosch lawn mowers are rotary. A knife rotates in a vertical plane under the deck, driving the cut grass into a bag on the back of the machine.

The Bosch electric lawnmower range is divided into 2 subtypes:

The second type is more expensive, but the first has a significant drawback: during the mowing process, you must ensure that the wire does not get under the cutting block. Working at high speeds, the knife is able to cut the wire.

Rotak 320 is a budget version of the previously described Rotak 32. All parameters of the models are identical, with the exception of the electric motor. The number 0 in the name of the model denotes a kilowatt motor, while the original has it 1.5 times more powerful. Everything else: cutting width, height adjustment (3 steps) for each wheel separately, external design – identical.

Read more:  How To Stretch A Fishing Line On A Stihl Trimmer

What does it consist of

Let’s consider this issue using the example of the belt mechanism for the vega x pj457 180j lawn mower. Replacing the drive belt of the lawn mower. And so, from 2 rows of rings of endless direction, which are placed parallel to each other specifically in the region of the groove of the multiple so-called “elements”. They, in turn, are attached to each other in the form of a typical ring. This installation was made in such a way that the groove itself had the opportunity, let’s put it this way, to open specifically to the peripheral outer side.

It will be important that this very element has the presence of the surface of a part of the protruding guiding nature. This is necessary in order to create a retention of a typical ring in such a way that the special rings included in its devices simply do not separate from each other and from the groove itself.

It should be noted that the surface titled “guide” produces a specific force of pushing direction specifically towards the inner side of the belt, thus pushing one specific ring to one of the specific end surfaces. This pushing component itself, which is oriented towards the inner region, produces a kind of attachment precisely to the lateral outer side of the ring, which at this moment is pushed.

The equipment of the German concern Bosch has many directions: equipment for cafes and restaurants, machines and consumables, tools for the home and personal plot. One of the brightest representatives of the latter trend is the growing popularity of Bosch lawn mowers. They are comfortable, practical, and the German quality does not need an additional introduction..

According to their characteristics, lawn mowers are divided into many subspecies, so that each user can choose the best option for himself..

Lawn mowers are classified according to the following criteria:

Additional attachments are optionally available for most models.

Compact electric mower powered by an external socket. The cutting height is set for each wheel separately and can be fixed in 3 positions: minimum – 20 mm; maximum – 60 mm.

The collection of grass is classic: in a plastic bag attached to the rear of the machine. The main advantages of the model include:

The numbers in the title indicate the width of the strip that can be processed in one pass (32 cm). Recommended for plots of no more than 3 acres.

Like the Rotak 320, this model belongs to the budget options. The first pair of numbers indicates the mowing width, the next – the engine power. It has all the functions of the Arm class models: handles, adjustable cutting height, convenience and maneuverability. At the same time, a motor of lower power is installed, which has a positive effect on the cost.