How to resuscitate the battery of an electric screwdriver at home

The battery is the shortest-lived element of portable power tools. Its already relatively low life is often reduced by improper use. It is not always easy (sometimes impossible) to buy a replacement battery, and it is not cheap. But in many cases, the battery can be repaired with your own hands and extend its service life.

Battery faults are mainly reduced to the following cases:

To diagnose the battery at home, you can buy a special device, but in most cases, a multimeter and a load are enough. It can act as:

The first case is inconvenient, because it is difficult to make an electric screwdriver work for a long time under a constant load. And it’s not easy to measure current and voltage. It is convenient to use incandescent bulbs of the required power, but they are not suitable for all cases. the resistance of the filament depends on heating, that is, on the current. It’s best to use a set of resistors (from the table see. below), simulating different modes of operation of the power tool.

The necessary resistance can be obtained by parallel connection of resistors so that the total power is not less than the power calculated for a particular mode by the formula P=UI. For example, a 12-volt tool requires an equivalent of 12 watts for no-load operation. Such a resistor can be made of two parallel 10W resistors of resistance 12.15 ohms each. For an equivalent that simulates the full load of an 18 volt electric screwdriver, an 1810=180 watt battery would be needed. This would require 18 10-watt resistors of 27 Ohms each.

First of all you should try to charge the battery from the regular charger. If you don’t get voltage within a reasonable amount of time, you have one or more faulty cells.

If the rating is correct, you can go on to the test of actual capacity. For this purpose load the fully charged battery with the known resistance (it is undesirable to use bulbs, the result will be unreliable) and control the voltage and discharge time. Once the voltage reaches the lower limit, the procedure must be stopped and the timer stopped. 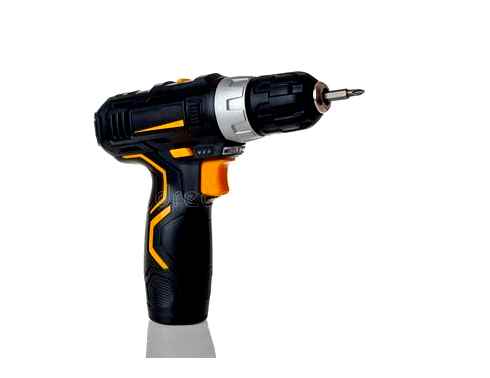 The actual capacitance is calculated from the discharge current using the formula C=It, where:

If the current was not checked with an ammeter, it must be calculated by dividing the average voltage (between the nominal and the lower limit) by the load resistance.

The battery is tested for current output at the highest load current. The cell must deliver this current and the voltage must not drop to low levels.

“Banks” in which not money is stored

Speaking about the restoration of the battery of an electric screwdriver, it is impossible not to mention the fact that the batteries, which are equipped with the specified construction tool, can have different technical characteristics. Often this kind of “energy identity” of a power source plays an important role at the time of operation. For example, in low-temperature applications, preference should be given to nickel-cadmium batteries. Whereas the nickel-metal hydride type of battery is more durable in use and can have a relatively high capacity. Meanwhile, lithium-ion batteries have also become widely used. A power source of this type does not need any maintenance at all, is devoid of “memory effect”, and the most important thing. at high capacity “energy banks” of batteries have more compact dimensions than those of “competitors”.

Read more:  Replacing the battery on a 12 volt electric screwdriver

Your power tool is most likely equipped with a nickel-cadmium battery. Because this type of battery (in the context of this article) is the most common. That’s why our material is devoted to this type of battery. However, the following suggestions are also valid for metalhydride power sources. So, order of actions:

But what to do if such restoration of the electric screwdriver battery is not fully successful? In such a case, you should resort to a comprehensive solution to the problem, which you will learn about in the following sections. 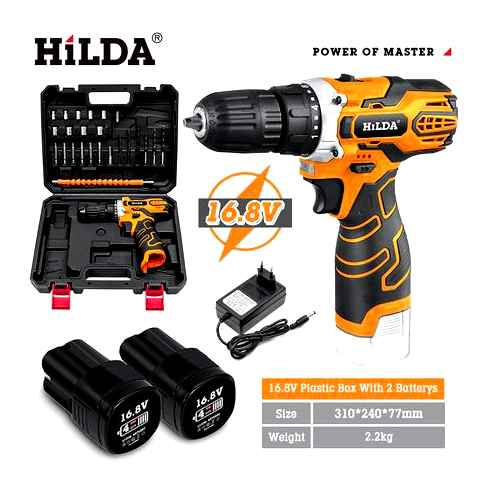 If the screwdriver battery can not be restored “by accident”, you will have to change the batteries. Any battery in a screwdriver is a chain of battery cells, connected in series. With this type of connection if one element “sinks” the whole battery has a reduced charge and quickly discharges. And the characteristics become worse, to the extent that the most faulty bank has “sagged”.

How to recover an electric screwdriver battery: full or partial replacement of the batteries

So there are two ways to rebuild a battery. The first one is to find the “weakened” cells and replace them. The second way is to change “all together”. The second option is more expensive, but more “long-lasting”. In the first case, the rest of the batteries, while serviceable, will also fail in a short time. You need to repair the battery again. So it is advisable to choose the second method.

What tools do we need

When rebuilding a battery pack for an electric screwdriver, you will need:

In the factory, spot welding is used to join contacts with minimal heat. Therefore, a high speed is required when soldering in order not to ruin the battery cell.

How to reanimate the battery of an electric screwdriver at home with your own hands: tips from experts

Cordless electric screwdriver is a convenient mechanism that allows you to cope with repairs faster. Instead of a heavy corded drill, it’s better to get a lightweight screwdriver that handles the same tasks without being tied to one place.

They have the same problem. battery packs fail. There are many reasons for this:

If the battery is worn out, you can buy a new one from a store. But you can try to repair the old ones. They are repairable in 85% of cases.

The most common cause of failure is the failure of only one cell. They are connected in series, which means that even a drop in capacity on one battery will lead to a total failure of the entire battery. In this case we will need:

Read more:  Bosch logixx 8 varioperfect how to remove the lock

How to Repair an Electric Screwdriver Battery? You must have a basic understanding of electrical engineering. Battery circuitry is simple. Normal series circuit (plus is connected to minus).

The following recommendations should be considered when repairing a Ni-cd: 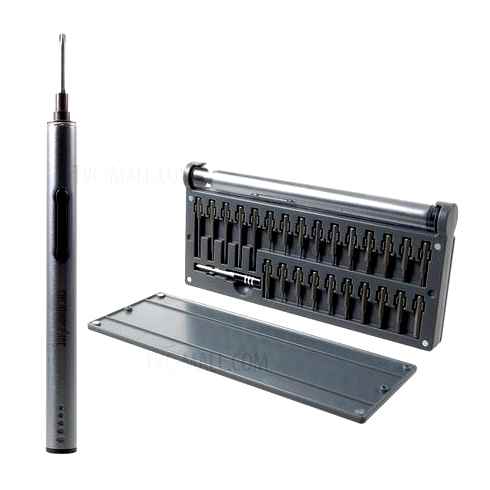 The lithium battery of an electric screwdriver can be repaired at home if you consider the following:

Changing the cans in the battery

How to Repair a Battery for an Electric Screwdriver? The easiest way to revive the battery is to replace one of the batteries.

How to Repair a weak Drill / Screwdriver / Battery runs out quickly

You need to find the defective cell with low voltage. For this purpose it is necessary to use the tester.

Instructions on how to test an electric screwdriver battery with a multimeter:

When a broken element is found, it is simply unsoldered and replaced. A powerful soldering iron must be used so as not to overheat the bank.

Electric screwdriver battery recovery with refill should be done with a fully discharged battery. Ni-cd of the battery are covered with paper. If there was evaporation, there will be visible traces on the surface.

How to restore the performance of a Li-Ion battery: some available tips

It is not possible to fully restore the original characteristics of a lithium energy storage device, but there is a chance to temporarily reanimate the device and extend its service life.

Before starting to restore the performance of the battery, it is necessary to measure its capacity at the moment. For this purpose, a special tester is used. If it is not available, you can use a voltmeter, ammeter, and rheostat. A resistor of the necessary size is connected to a charged battery, and the current and voltage through the resistor are recorded until the battery is discharged. According to the data obtained, the discharge graph is plotted, and the capacity of the device is found out.

Types of batteries used in screwdrivers

Choosing an electric screwdriver for yourself, it is necessary to consider not only the cost of the power tool, but also how often you will have to use it.

Based on these considerations, give preference to a particular battery, of which there are several varieties on the market today:

Less popular types of batteries, such as lithium-iron-phosphate batteries, can also be noted. They have a long service life due to a greater number of charge-discharge cycles (about 2,000 cycles).). But they are not used much in tools either, because of their high cost.

Where to buy lithium batteries to replace faulty ones?

Well, finally, let’s talk about lithium battery replacement. If it happens that the batteries in your screwdriver have become unusable and you need to replace them, it is currently not difficult to find a decent replacement. For example, you can find lithium batteries from Samsung, LG, Sanyo, Panasonic, Sony on AliExpress.

To upgrade my 12V screwdriver with nickel-cadmium battery, I bought batteries Samsung INR18650-25RM.

I bought them at the well known and trusted LiitoKala store. It seems that the batteries are original. In any case, I have not noticed any difference in weight, capacity, or workmanship. The seller explicitly said that the batteries are original, but they apparently have no right to “light up” the Samsung brand. That is why all batteries have the Samsung marking affixed with a store sticker.

Conversion is successful. I didn’t bother with protection and charging cards, I just brought out power wires and wires for balancing plug. Charging everything directly from a Turnigy Accucell 6 universal charger. Was just hustling to get it all done since summer was winding down.

To replace nickel (NiCd, NiMh) batteries with lithium, it is better to take those with welded “petals”. This makes it easier to solder a compound battery.

It is worth noting that the batteries INR18650-25RM just the same and are used in those “Pack for Power Tool” for power tools. Before you buy it, I advise you to google the datasheet for the battery (for example: “Samsung inr18650-25rm datasheet”). It has all you need to know: typical charge and discharge currents, purpose (tools, toys), graphs of capacity loss after a few cycles and much more.

Experts consider the iMAX B6, universal battery charger, the best device for charging Li-Ion, Li-Pol, Li-Fe, NiCd, NiMn batteries. This device is also suitable for recovery of deeply discharged lithium batteries. High voltage and low current performs a “push” in addition to the Li cell protection controller by the charging program for Mn batteries. The device operates from an external power source, but there is a version with mains connection, its designation is B6 AC.

With the universal charger it is possible to charge the lead battery and the battery of the electric screwdriver of 15 cells. But we are more interested in the recovery of lithium batteries from deep discharge. This operation can be successfully carried out by connecting the device in addition to the controller. A battery charge of at least 2 V can be restored to working order.