So, you have some cordless equipment equipped with nickel cadmium batteries and you want to know how to charge them in order not to spoil. Let me tell you about that.

This type of batteries is considered to be already outdated, since they have been fully replaced by their lithium-ion counterparts, which are lighter, easier to charge, and serve longer, and their price today is not higher than the nickel-cadmium, so most manufacturers have switched to them.

So here’s the tricky part about charging nickel cadmium batteries? And what makes it more difficult is that you always have to keep in mind such a thing as the memory effect. Because of this thing, you have to follow these two main rules for charging such batteries:

So if you follow these rules, your nickel cadmium batteries will get their full life.

It is also worth mentioning how to properly store nickel-cadmium batteries for screwdrivers. The rule of thumb here is to leave them in storage for less than 30 days with a full charge, that is, fully charge them after use. If stored for more than 30 days, the charge must be kept at 30-50%. If the storage time exceeds 6 months, you need to charge the battery again and discharge to a level of 30-50%. The percentages are approximate, if a little less or more, that’s okay.

In general, that’s why lithium-ion batteries are much more convenient. They do not have all these problems.

Well, if your nickel cadmium batteries do fail, you can try to repair them yourself. How to do this, you can read, for example, in this article on our website. You have to work hard, but you can save a lot of money.

I’ll leave this article to finish, because the question was answered quite comprehensively.

Do I have to remove the battery from my electric screwdriver when storing it??

Here’s a simple logic. Screwdrivers come from the factory packaged so that one of the batteries is inserted.

In this case, the manufacturer, we think, took into account that the device may not get to the end user for some time, which can be measured and years, the electric screwdriver can just lie in the warehouse.

If the manufacturer originally packed them with the battery inserted, then they can be stored that way.

How to charge batteries to maximize battery life

The following must be remembered in order to charge the battery properly:

How to Charge Batteries to Extend Their Life

To charge your battery properly, keep the following in mind:

Now a few words about power screwdrivers. An electric network screwdriver is an analogue of a drill, but it has a special gearbox, thanks to which it has a high torque, which is necessary for tightening screws. The big advantage of an electric network screwdriver is: independence from the battery charge, high screwing speed, the availability of a special stop that would not allow to turn the screw, which is very important for drywall construction. Disadvantages: the lack of mobility due to the presence of a power cord and can not use it as a drill, t.к. In most cases the mains electric screwdriver does not have a chuck, but has a bit holding device.

And lastly, I would like to e problem that the author of this article encountered. Once bought a new cordless electric screwdriver of a famous brand at a very good price. Before I owned exactly the same model of electric screwdriver, which I was very pleased with. However, faced with such problems as: long time charging the batteries, the batteries spontaneously discharged in a very short period of time.

And the thing is that this electric screwdriver was sold under the action, and probably differs in its characteristics from the previous one, both in terms of charging and batteries. The result is not a job, but a torment.

Nickel-cadmium batteries are galvanic rechargeable current sources that were invented in 1899 in Sweden by Waldmar Jungner. Until 1932 their practical use was very limited due to the high cost of the used metals compared to lead-acid batteries.

Improvement of technology in their production has led to a significant improvement of their performance and in 1947 it was possible to create a sealed, maintenance-free battery with excellent parameters.

Ways to resuscitate the battery pack

You can easily determine that the battery needs diagnosis and resuscitation. Failure to charge indicates a problem with the controller. Like its continuity before the whole battery pack overheats or there is no voltage.

Variety of diagnosed problems of individual units. It can be a complete battery failure. This can be a variety of cases where its voltage and usable capacity change. What will be the method of reanimation? It depends on the type of individual battery.

Storage rules depending on type

Each type of battery should be stored in the most appropriate conditions. The following are the optimum temperature specifications and best practices for the long-term storage of batteries for screwdrivers.

The maximum shelf life of lithium rechargeable batteries is 5 years. The capacity may be considerably reduced if the battery has been left in an unusable state for a long period of time with considerable temperature fluctuations.

The internal structure of Li-Ion batteries may be particularly affected by winter storage in an unheated area, such as a garage or balcony. In the cold the electrolyte crystallizes and the resulting capacity is significantly reduced.

High temperatures can not only reduce the amount of charge accumulated, but also completely disable the lithium battery. The battery may be heated by a radiator, an open flame, or direct sunlight. 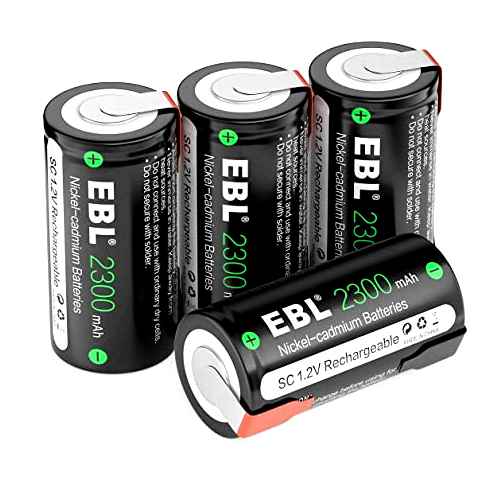 nickel cadmium batteries can be stored empty unlike lithium ion batteries, but it is not forbidden to fully charge the battery before preservation. This procedure, however, will not preserve the electric current for long, because batteries of this type have too great a leakage rate of electricity.

Storing nickel cadmium batteries in freezing temperatures is not recommended. The optimum temperature to preserve the battery for a long time is 10° C to 12° C.

If the screwdriver, in which batteries of this type are installed, will not be used for a long time, it is recommended to perform several charge/discharge cycles before sending the power source for long-term storage.

The advantage of nickel-metal hydride products is their high capacity and good performance at subzero temperatures, but it is also recommended to store them at 10˚C. Charge and discharge the cell several times before storing it for long periods of time.

To maximize the effectiveness of storage it is recommended that the battery be fully charged every six months. Unlike lithium products, Ni-Mh batteries can and should be recharged at 100%.

How to restore the battery of an electric screwdriver at home

Can all types of batteries be reanimated? Nickel-cadmium batteries, which are found in almost all modern screwdrivers, lend themselves better to repair.

You need to understand the basics of electricity for the repair process. That is, to have a school knowledge of how rechargeable batteries work.

Tools and materials will be needed for the work:

To resuscitate the battery you will need a donor. The electric screwdriver may be included, or you need to find it yourself, for example, by taking it out of another old device.

To start the operation it is necessary to make a full charge (about 6 hours) of both batteries, rock it. After that remove the plastic cover from the part to be restored with a screwdriver. Be careful not to damage the clips when changing the battery. Otherwise, for the subsequent assembly you will need a glue, like “Momenta”.

Reconditioning of nickel-cadmium batteries for screwdrivers

The device ni cd batteries are made by the same technology, so any battery can be made a donor of this type.

Such devices are separate components. blocks, with a nominal voltage of 1.2 V and a power capacity of 1200-1500 MA/h. They are found in Interskol screwdrivers. Each block affects the power, i.e. with its value at 12 V, the number of blocks is 10, with 14.4 V it is 12, etc. п. After changing the battery power may drop for the first time, but then it will recover.

Repairing the battery of an 18 volt electric screwdriver

18 V is a common power, which corresponds to the presence of 15 units. As a donor, you need to choose an electric device with a voltage of 14.5 V, that is, a 12 V car battery will not do.

How to repair and start a lithium-ion battery

For these types of batteries, you will need to remember where the plus, minus and charging contacts are located. The voltage control board, which is located on the power cells, most often fails, and more precisely, their stabilizers and protective diodes.

Check the voltage at the battery output, if the value is significantly less than normal, resuscitate.

The brands represented come with a lithium-ion battery. To revive them you will need a soldering iron and manual dexterity, because if you do everything slowly, the battery life may be shortened, or the battery will explode altogether.

All frayed or broken wires inside the battery must be insulated, for example with electrical tape or replaced with new ones beforehand.

To restore, solder the torn off metal elements. tapes that can be taken from old blocks.

To reassemble, return the cardboard gasket between the blocks and the board in place. This is needed to prevent locking. Then the contacts are insulated.