How to tension the belt on the power tiller?

Replacing the belt on the OKA motoblock is carried out without the use of technical devices by releasing the clamping mechanism, so you can perform this action yourself, without attracting technical specialists. The main thing is to be attentive and careful when working. It is important to use identical parts of the drive train.

Choosing models of belts for a power tiller

In order to correctly select this mechanism for your Neva brand motorblock, you need to comply with a number of recommendations, which are given by the manufacturer, as well as by experienced owners of special equipment for agriculture. Let’s look at the main points to pay attention to when selecting:

It is recommended that after purchasing a new consumable item to rewrite the number from its surface, so that later you do not have to look for values all over again. The cost of this element is quite high, which is why it is necessary to have accurate information.

it is important! Only after selecting the appropriate model for the drive mechanism, you can begin to replace the device (when using a device of a different size, there is a risk of damaging not only the structural integrity of the consumable element, but you can also disrupt the operation of the drive mechanisms).

When planning to replace a damaged element, you should first find out what belt stands on the Neva motoblock in a particular modification. To do this, you will need to perform the simplest algorithm of actions, which allows you to know the dimensions of the installed element and replace it with a similar one:

Dismantle the product from the power tiller. Check the item for the presence of numbers reflecting its size

As a rule, they are located on the outer side of the product. Particular attention should be paid to the color of the number, which can be white, blue or orange. If the marking is worn out, you should measure it yourself.

To this end, measure the distance between the rotating nodes, for the connection of which the product is used, and then determine its size, using a special table placed on the website of the manufacturer of the equipment. Reliable information about the size can be obtained from the seller of components, if you show him the dismantled old element.

Belt tension of the Neva motoblock: an algorithm of actions

The Neva MB-2 and MB-1 are characterized by a different location of the belts. That’s why the parts installation scheme will be different. Belt tensioning on the model MB-1 is performed in a certain way: 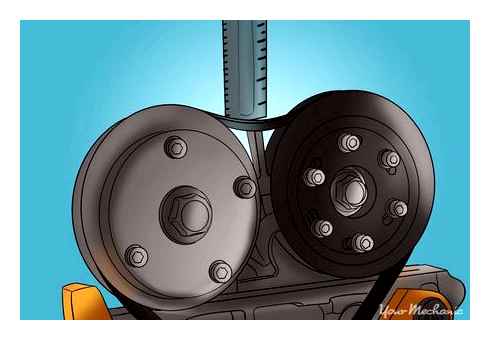 It is worth considering how to perform belt replacement for units of the MB-1 model range:

Adjustment of the belt on the motor-block Neva MB-2 is made as follows:

details about how to tension the belt on the Neva motoblock, you should learn from the proposed video.

Mostly a new element is stretched when the power tiller breaks down. Much rarer replacement in advance to prevent malfunctions during machine operation. In any case it is necessary to perform the work of replacing the belt carefully, because if it is stretched too much, belt breakage is inevitable.

Features and varieties of drive belts of “Neva” power tillers 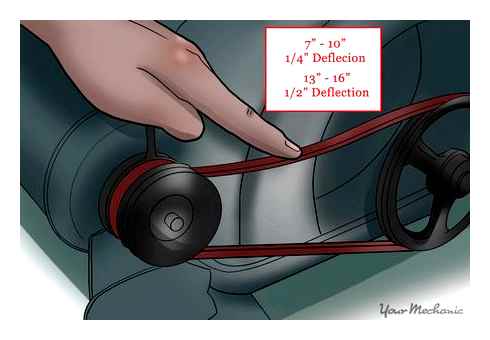 Read more:  How to make a mini circular saw with your own hands

MB-1 and MB-2 versions are usually equipped with trapezoidal (wedge-shaped) belts, which have high efficiency and better transmission capacity.

Belts are removed manually by loosening the adjusting screw. The belts are replaced by analogous ones of the same width and length. It is desirable to purchase spare parts, in t.ч. and belts, in stores of branded spare parts for power tillers. These stores work directly with manufacturing plants.

If the belt is pressed by hand, it should only deflect slightly when pressed. If they sag, the engine will hum, and you may even hear a grayish smoke from overheating. Worn belts recessed in the belt cells need to be replaced. First remove the nuts fastening the belt frame. Tighten the belts further by means of the adjusting bolt, checking periodically the degree of tension by hand.

The same manipulation is carried out after the installation of new belts in order to regulate them. 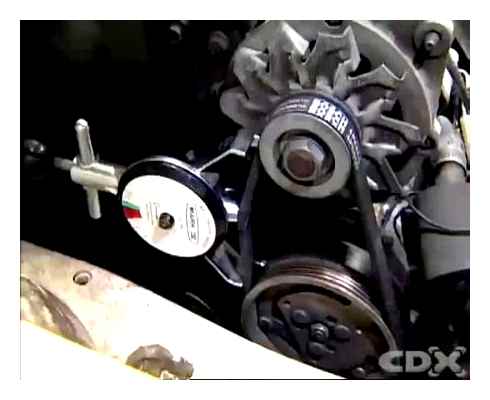 After installing a new machine you must run it in without putting any loads on it to avoid damaging its components. When using the machine, it is necessary to re-tighten the gears after every 25 hours of operation. This prevents rapid wear of friction wheels and ensures the smooth movement of the power tiller.

See the following video on how to change the belt on your power tiller.

The Neva series power tillers are an indispensable helper in the garden. Fulfilling many functions, with frequent use they experience considerable overload, contributing to the appearance of faults. Among the possible problems that can occur with the cultivator type “Neva”, users often encounter a breakage of transmission belts.

The remoteness from service centers, the need to quickly resume the machine operation and the desire to save money on consultations of specialists encourage self-repair of the cultivator at home. It does not take much, as you will see after reading this material.

When selecting drive belts, special attention should be paid to their dimensions. To determine the right part, you can use the table provided. It is worth measuring the distance from the pulleys to the pulleys beforehand, the new element will be mounted to them. This will allow you to choose more accurate dimensions of the belt.

The Neva MB-2 and MB-1 power tillers are characterized by different location of belts. Therefore, the scheme of installation of parts will be different.

Belt tensioning on the MB-1 model is carried out in a certain way:

It is worth considering how to perform a belt replacement for units of the MB-1 range:

Belt adjustment on the Neva MB-2 motor-block is performed as follows:

details about how to tension the belt on the power tiller Neva, it is worth to learn from the proposed video.

Basically, a new element is stretched when the motoblock breaks down. It is much less common to change in advance to prevent malfunctions while the unit is running. In any case it is necessary to perform work on the replacement of the belt carefully, because if it is stretched too much, its breakage is inevitable.

Adjustment of the belt tension on OKA motoblocks just like the installation of belts on a single-axle tractor does not require excessive physical costs and technical equipment.

Important! If when you press the belt drive by hand, it only lowers slightly, then there is nothing wrong with it.

Excessive slack in them can lead to negative consequences such as:

This is interesting: the drive belt of the motor-block Neva.

Adjustment of the belt drive parts of the Oka motorblock is carried out as follows:

A similar check would be appropriate for new belt drive parts for more accurate adjustment and tensioning.

If you properly monitor the condition of your rotary cultivator and timely replace the parts that become unusable, the machine will serve for many seasons.