Any hunter or mistress of a small chicken coop faced the problem of plucking a bird. The thing is that the process of removing bird feathers. This is a rather difficult task that takes a lot of time. It is difficult to remove plumage from birds, even if there is only one bird, but what about hunters or owners of small poultry farms? The volumes there are several times larger, and it’s not an option to remove feathers from poultry by hand. It is in such cases that the nozzle for plucking poultry will help. It is important to understand that this is not a large industrial machine for removing feathers, but a small and compact nozzle for an electric drill. 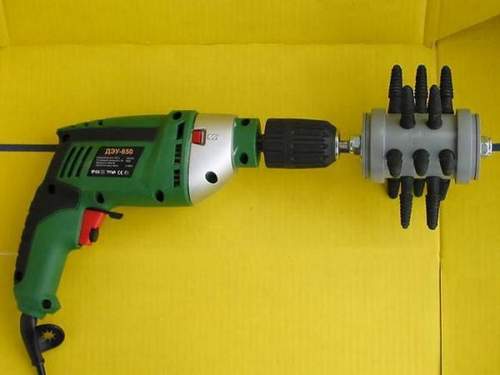 How long does it take to pluck

In order to show the clear advantage of the nozzle, you can turn to the time that will be necessary to remove feathers from various birds. Let’s start with the smallest birds. For example, a small chicken will process this device in about 10 seconds. A bird such as a quail or a dove will need a little more, only about 30 seconds. Larger birds, such as broilers, will remain without plumage in a minute, a maximum of one and a half. A poultry plucking nozzle can handle a duck in about a couple of minutes. For such results, you do not even need to pre-steam the instance. The bird is larger, for example, a goose will be plucked in 2.5 minutes. On large turkeys this device will take about 3 minutes. A do-it-yourself pincer nozzle can handle even a large bird such as an ostrich. Of course, it will take a little more time, about 7 minutes.

Immediately after the advent of such devices, people began to think about how to speed up this process. It is because of this that the nozzles began to be used on various home devices and appliances, such as electric drills, screwdrivers, punchers, knife sharpeners.

Do-it-yourself poultry plucking nozzle is made by many manufacturers. The principle of operation of this device is no different. The difference between nozzles from different manufacturers is only in the length of the device itself, in its width, as well as in the length and number of rubber rubber fingers.

What are the benefits of a nozzle?

The nozzle for plucking poultry does not have a very large list of advantages, but each item on the list is quite significant.

What is a nozzle?

Nozzles for plucking poultry at home are centered drum-shaped parts to which the thumbs are attached. Nozzles come in various types. Separation into types occurs according to the number of beating devices, their length. These same factors determine the purpose of the nozzle. Details with bite fingers 5 cm long are intended for plucking small bird species. Devices with fingers 9 cm long are used to remove feathers from a large bird.

Read more:  How To Make A Grinder From A Drill

The number of fingers on the nozzle can also range from 12 to 24 pieces.

How attractive is the plucking nozzle?

An attractive fact of this device is that it leaves no residue after plucking some species of bird on the very delicate skin. The convenience of this device is also at its best, since the possibility of its use is limited only by the presence of an electrical network and a drill.

In addition to what has already been said, several more useful properties can be cited.

The instruction manual for the feather remover is simple and straightforward, consisting of only three points:

The principle of operation of the device is that the centered drum rotates at high speed, and the plucking process is carried out by the beat fingers located over the entire area of ​​the nozzle.

The first craftsmen who developed such a mechanical device that allows you to quickly carry out the process of removing feathers from the body of the animal were Krasnodar. Poultry plucking nozzle "Duck master". This is a unique development of Krasnodar engineers. The mechanical device of these scientists is able to quickly cope with the task of removing feathers and fluff from chicken, duck and other poultry. The age or size of the carcass will not affect the process of cleaning from plumage. As with other attachments, the only difference in plucking will be the time spent on an older and larger carcass of the bird.

Where and for how much to buy a nozzle?

What is the nozzle made of?