In the arsenal of any good owner, there will probably be a common power tool today in the home. a screwdriver. Its main advantage is mobility. After all, this device works from removable batteries, which makes its use as convenient as possible, since you do not need to connect to an electrical outlet. But what if the battery (battery) of the screwdriver is out of order? Buying a new one will be quite expensive, because its cost in some models reaches 50–70% of the price of the screwdriver itself. It will be much more practical to immediately purchase a new tool, which comes with two batteries. But you can still extend the life of the old screwdriver by repairing a failed battery.

What is a battery screwdriver

In any model of electric screwdrivers, such an important element as a battery looks about the same. It is a plastic box, inside of which up to a dozen (and sometimes more) batteries are placed. They are interconnected in a sequential chain and are arranged in such a way that the terminals of the first and last banks in the circuit are closed to the contacts providing power to the instrument and connecting to the charger.

The battery of any type of screwdriver has a fairly simple design, which can easily be understood by anyone who is at least a little familiar with the basics of electrical engineering. In addition to batteries in the battery housing can be located: 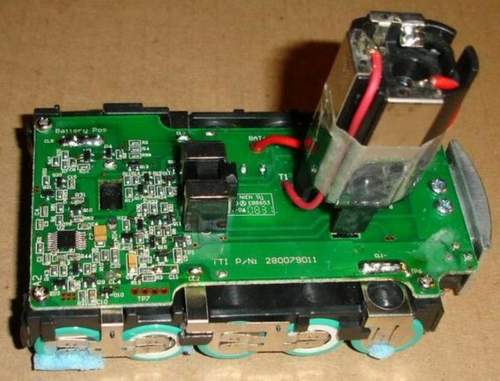 Depending on the type of batteries used, a screwdriver battery can be of the following types:

The first type of rechargeable battery (NiCd) is the most common in modern tools, primarily due to their lowest cost. Especially often, batteries based on nickel-cadmium alloy can be found in budget models of screwdrivers. They are not afraid of low temperatures and can be stored in a discharged state without losing their characteristics. Of the disadvantages of such batteries can be noted:

In order for the new battery for the screwdriver to not lose capacity, the first few times it needs to be charged for 10-12 hours, even if the indication appears that it was charged much earlier. In the process of working, it is better to use the battery until it is completely discharged, and then immediately connect it to the charger until it reaches full charge.

Nickel-metal hydride elements in modern screwdrivers are also common. They consist of environmentally friendly elements, but are more expensive than nickel-cadmium batteries. They have lower self-discharge and memory effect and a greater number of charging cycles than NiCd-type cells. But they are afraid of low temperatures and in the discharged state also lose their characteristics.

The most expensive are lithium-ion batteries, which, in comparison with the first two types, have significant advantages:

Each element of a lithium-ion battery has a higher rated voltage, so they are used less than in other types of batteries

Read more:  The Best Model Range From The Company "Partner"

Of the disadvantages of batteries of this type should be noted their short service life. Three years later, lithium begins to decompose, the battery loses its capacity without the possibility of recovery.

Typical malfunctions of the screwdriver battery

Despite the fact that the screwdrivers are equipped with different types of batteries, they all have the same design and similar malfunctions. The most common failures of this device are:

Loss of battery capacity is the most common screwdriver battery defect. Its essence is that the loss of charge capacity of at least one battery does not make it possible to fully charge the remaining banks. Receiving a low-quality charge, the battery is quickly discharged.

Such a malfunction may be a consequence of the memory effect or drying of the electrolyte in the banks due to their heating during charging or under load. This defect in batteries of any type can be eliminated independently without contacting a service center. In this case, you can try to repair the defective elements or replace them. It will not be possible to restore only lithium-ion battery cells that have lost capacity as a result of lithium decomposition. Such banks can only be replaced with new ones removed from a dead battery pack.

A screwdriver battery malfunction can be caused by the loss of the capacity of one or more batteries, so it can be easily fixed by replacing them with new or obviously working

DIY battery repair for a screwdriver

Most defects of the battery pack of the screwdriver can be fixed independently if you know the cause of the malfunction and methods of dealing with it.

Diagnostics of faults in the battery of a screwdriver

Before proceeding with the battery repair, it is necessary to carry out its diagnostics and identify the cause of the malfunction. To do this, you must:

Visual inspection to determine the presence of mechanical damage, open circuit, as well as swollen or leaked battery cans.

After disassembling the battery pack, the contents are visually inspected for obvious defects.

Measure the voltage on each of the batteries with a multimeter. For batteries of the NiCd or NiMh type, it should be within 1.2–1.4 V, and for lithium-ion cans, 3.6–3.8 V. On each bank, the measured value is better written in pencil to avoid confusion.

By measuring the voltage on each bank, you can find all the faulty elements

Load the battery by connecting a normal car light or resistance to the output contacts.

By connecting the lamp, we allow the batteries to work to show the voltage drop under load

Video: how to completely discharge a screwdriver battery

Having found faulty batteries, it is necessary to decide on the method of their repair. Two options are possible here. The first is to reanimate defective batteries by flashing them with a higher voltage current or add them to cans of distilled water if the electrolyte dries. But these measures are temporary, in the future, the malfunction may occur again. effective is another repair method, which consists in replacing defective batteries with new or used ones, but obviously working.

Video: Search for defective batteries in a screwdriver battery

Recovery of the lost battery capacity is possible only for batteries with a memory effect. These are nickel-cadmium and nickel-metal hydride batteries. To do this, you need a more powerful charger with adjustable voltage and current settings. Having set the voltage to about 4 V and the current strength of 200 mA, we apply this current to the batteries in which the maximum voltage drop is detected.

Read more:  How to remake a 12 volt electric screwdriver battery

You can try to repair defective batteries by compression or compaction. This procedure is a dilution of electrolyte, the volume of which in the battery bank has decreased. To do this, you must:

The procedure described in paragraph 5 can, under certain conditions, restore the battery’s performance if the memory effect is the cause of its malfunction.

The most effective way to repair the battery of a screwdriver is to replace a defective can. To do this, you can use a new battery, which today can easily be found on sale, or remove a working jar from a dead battery pack. Replacement work must be performed in the following sequence:

Remove the faulty battery from the battery circuit. Considering that they are all interconnected by plates, mounted on spot welding, it is best to use side cutters for this purpose. In this case, leave the shank of sufficient length on a working jar in order to be able to solder it to a new battery.

On serviceable banks, shanks must be left so that they can be soldered; on a faulty bank, this is optional

Solder a new battery in place of the remote defective jar, observing the necessary polarity. The positive output is soldered to the negative output of the “neighbor”, and the negative output, respectively, to the positive. To do this, you need a soldering iron with a power of at least 40 W and soldering acid. If it was not possible to maintain a sufficient plate length, you can connect the cans with a copper conductor.

Assemble the batteries in the housing according to the same scheme in which they were placed before the repair.

After installing a working jar, the entire chain needs to be put back into the battery box

It is important not to overheat the jar when performing soldering work. Therefore, you cannot hold the soldering iron tip on the battery for too long.

Repair of battery packs with lithium-ion banks is carried out similarly. The only thing that complicates the task during the repair is disconnecting the batteries from the control board. In this case, only one repair method is applicable. the replacement of a defective can.

Video: how to properly solder the banks of the screwdriver battery

How to remake a screwdriver battery for lithium-ion batteries

Often owners of nickel-cadmium batteries screwdrivers want to remake their batteries for lithium-ion batteries. They are attracted by the advantages that can be acquired by such a rework of the battery pack:

In addition, with a certain assembly scheme, the charge capacity can be doubled, which means that the working time of the screwdriver from a single charge. The advantages, of course, are obvious, but this solution has its drawbacks, which you also need to know in order to weigh the pros and cons. Of the negative aspects of adapting the battery of a screwdriver for lithium ion banks, it should be noted:

But if the decision to replace the nickel-cadmium batteries is still made, then proceed further in the following sequence:

Disassemble the battery box of the screwdriver and remove all nickel-cadmium cans from it. Cut the entire chain with wire cutters or side cutters, leaving only the top element with contacts for connecting to the tool. The thermistor can also be removed, since the controller board will now monitor the battery overheating.

Assemble a circuit of lithium-ion batteries by soldering them in series, and connect the controller board according to the circuit, observing the polarity.

When connecting the controller board to the lithium-ion battery circuit, the polarity must be observed.

It may turn out that the assembled structure cannot be charged from an old charger. Then you need to install an additional connector for a new charge.

How to store the batteries of a screwdriver

For the battery of the screwdriver to last as long as possible, it must be stored correctly, especially when it is not used very often and with long interruptions. In this case, you must follow some rules.

Cadmium-based battery packs have a memory effect that reduces battery capacity when the charge is not fully developed. Therefore, batteries with NiCd and NiMh batteries should be stored in a discharged state, and devices with lithium-ion batteries should be charged at half the capacity of the cans.. This level can be achieved in a time equal to about 65–70% of the usual full charge.

If the battery pack of your screwdriver is quickly discharged and does not hold a charge at all, do not rush to throw it away and buy a new one. Its service life can easily be extended using the recommendations above. This will save you from unnecessary costs, because the battery of a screwdriver costs more than half the cost of the entire tool.