Many modern farms in their activities use a variety of equipment for tillage. According to the method of aggregation this equipment can be conditionally divided:

There are several plow designs:

If we talk about “Neva” motor-block, it is equipped with several types of plows, each of which has its own design features.

Nowadays the land on household plots is cultivated with plows of the following designs:

The most popular are single-hoe implements. In addition, this plow is considered the most optimal for plowmen without skills.

At the top of the reversible plow there is a curved feather, which allows you to immediately overturn the layer of land during plowing. This feature makes this design an excellent option for tillage of hard soils. Since the design of such a plow is quite complicated, only an experienced person can make it.

The rotary plough is the most difficult to produce. Its design is more like a cultivator, since it has several ploughshares on one axis. When cultivating the soil, the axis is twisted, thanks to which the soil layer is turned over. The advantage of the design is that the ground can be worked to a depth of up to 30 cm with little effort. Rotary ploughs can also be used to plow land with different trajectories.

So, a single-tool plough is the most widespread, and everyone can work with it, even those who are not familiar with mechanized plowing. The advantage and the fact that this tool is fairly easy to make their own hands.

Such a device is characterized by its simplicity and the possibility of performing one of the many modifications. Therefore, this option is optimal for making at home. A single-hulled plow is a lightweight design that does not require special equipment or special tools to make. You can find the material in your garage or barn.

If you want to make a plow for a motor-block, you should take advantage of the experience of many craftsmen, who say that it is better to make the device with a removable ploughshare, so that you can sharpen it before starting plowing.

Before you make a cutting part, you should think about what material to choose. Alloy steel 9XS is better suited, which is the basis of the saw discs. 45 steel will also be suitable, which should be brought to a state of hardness of HRC 55. If you only have an ordinary one, such as grade 3, which cannot be hardened, its cutting edge is hammered on an anvil and then sharpened. Then it will be adapted for cutting the soil.

The swivel plow is a versatile device for the power tiller. On a single standard hitch contains a swiveling hand mechanism. We all know that when plowing a field in one pass with an ordinary plow, a layer of land is turned to one side with the plough. So you have to go back to the beginning, so that the soil of the next row turns in the right direction and start from the same side of the plot.

It will perform plowing your plot much faster. At the end of the row, after turning the power tiller, you simply turn the ploughshare in the opposite direction and continue tilling the ground.

How to make a plow

When working the land one of the most tedious operations is plowing and preparing it for sowing. If you have a power tiller or minitractor, everything can be shifted to them, but you need a plow to plow. It is too expensive to buy ready-made. The of ready-made products are considerable. To save money, you can make a plough yourself. And there are two ways. First: do it yourself completely. This is a complicated way The shape of the plow parts is non-linear, with curves of a certain radius, and it is very difficult to bend thick metal at home. The second way is to buy finished bodies, and assemble the frame and all other auxiliary parts yourself. This is a simpler option, which is relatively easy to cope with.

Read more:  How To Adjust The Valve On The Tiller?

How to make a homemade plough for a power tiller

Before starting work on creating a homemade plow for a motor-block, you need to carefully consider all available documentation. Familiarize yourself with the process first in theory, then you can move on to practice.

Be warned that the tools must be professional, then they will help to do all the work manually and at a high level.

Amateur tools are not suitable for creating a plow for the reason that it has little strength.

If you have no skills in such matters, then first talk to experts who will tell you how to make a plow for a motor-block with your own hands and describe the main pitfalls that beginner designers stumble upon. 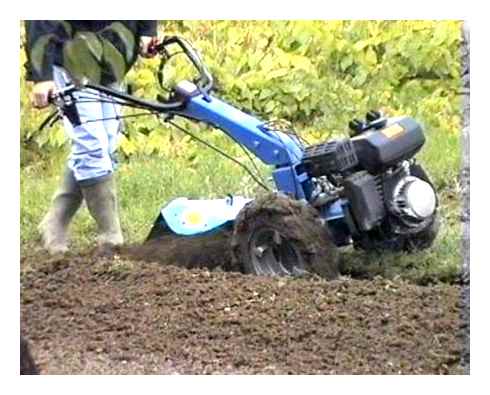 After tilling the soil, you can use a hand-held carrot seeder to sow carrot seeds.

And here you will learn how to make your own lawnmower.

How to set the plough

In addition, it is necessary to set the plough properly: the working part of the edge should be inclined by about 40 degrees, because this slope allows to make the work most effective even on difficult soils.

You can read about the benefits of a mini combine harvester here.

Harrow for power tiller. it will simplify your work, save time and your efforts. You can prepare your own site perfectly with it.

Handmade cultivators have become very popular nowadays. If you go to the link, you can see a video on its making.

If you make the angle less, the cutting part may simply fly out of the ground, and at a greater incline the edge simply will not overcome the heavy soil. And the blade angles usually range from 30 to 140 degrees.

The size of a plough for a power harvester

Read more:  How to convert an engine from a tiller to an ant

The fourth condition for a good plough is a flat rear side of the share, which forms an angle of 15-20 degrees with the flat setting surface of the plough, equal to the rear angle of the mounted share.

a single-axle tractor is a multifunctional machine that helps farmers perform a wide variety of agricultural tasks: mowing, planting crops, transporting goods, etc. д. However, each type of operation requires special attachments. For example, such a common operation as plowing requires a plow. Even heavy and virgin soils can be cultivated with it. Ready-made equipment is quite expensive, but you can make a plow for power tiller with your own hands. You need a little patience, materials and tools, which can be found in the workshop. Interestingly, in addition to agriculture, plows are also used for some types of underwater work, for laying cable, as well as in the search for oil. 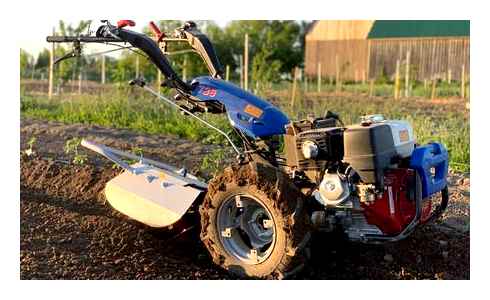