Is it possible to connect a 12V 2A screwdriver to a 12V 60A car battery, what is needed for this?

The fact that the battery says 60 amperes or more is not as important as the voltage of 12 volts, this is what you need to be guided by.

If the screwdriver is 12 volts, and not 9 or 18, then there will be no problems.

The only thing that is still advisable is to connect the circuit to the elementary, most simple (fuse) fuse with the power declared on the screwdriver, namely in our case it is 2 amperes to protect the electrical appliance, because the battery power is enough to warm up and remove from the load building the electric motor of the device.

Then everything is simple, you need to unscrew the handle of the device, determine the polarity of the /- input and connect them to the battery terminals, put the plus wire through the fuse.

For connection, it is best to use terminals with bolt clamps, or solder the wires with a soldering iron.

Further, as usual, the standard controls of the screwdriver will perform their functions, and if you use a cable of sufficient length, then the connected battery will not create obstacles for comfortable work.

Drills and screwdrivers are the most necessary tools for repair work. They are used for drilling holes, twisting and unscrewing screws, screws, screws. In the framework of this article, we will modernize the old model screwdriver into a car screwdriver powered by the vehicle’s battery. 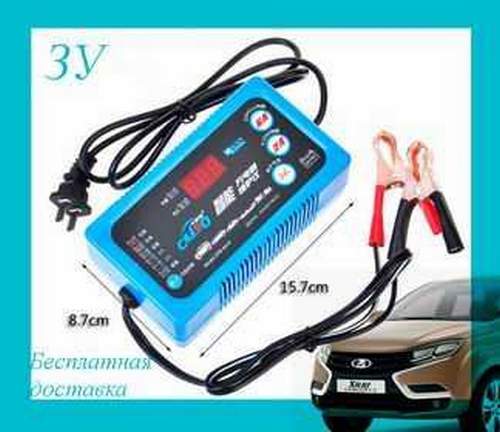 Homemade car screwdriver from the standard

The old standard screwdriver has run out of nickel batteries, it makes no sense to buy new ones, because it’s easier to buy a new one. And so that the old screwdriver could be used, I decided to connect it to a car battery. Agree, because you do a lot of work in the immediate vicinity of your vehicle. It remains only to make small changes to the typical design of a screwdriver.

For modernization, we need the following parts or products:

Let’s start by disassembling your old tool with a Phillips screwdriver. Carefully separate the upper part of the case and put it aside for now. And put the other part right in front of you. In the handle we can see two electrodes, B (positive) and B- (negative). The old battery must be removed.

Symmetrically cut off the bottom of the case with a file. In a car screwdriver, it is not needed. To connect the power tool to the battery, we take mounting wires with a small cross-sectional diameter, a length of two or more meters. Attach crocodile connectors to the free ends of the wire. I recommend connecting the opposite ends of the wire to the terminals of the electrodes. When connecting, be sure to observe the polarity! Tape the junction with electrical tape. Now you can assemble the device in the reverse order. Place the insides in the tool body, lead the wires with clamps out. Fold the two halves together and tighten the screws. Seal the part that we sawed off a little earlier with tape, fixing the resulting structure.

Video: Can I Connect a Screwdriver to a Car Battery

As a result, you get a great screwdriver that will serve you for many years

Tool refinement: we connect a screwdriver to a car battery in bookmarks 13

Inexpensive screwdrivers for those who use the tool not very often are good. But, as practice shows, for the time being, for the time being. In most of them, batteries quickly fail, and sometimes they simply do not have enough power. A simple version of the tool modification will help to solve this problem. At the output, you will get a screwdriver that will work directly from a car battery.

Read more:  How to Check Battery Capacity of a Screwdriver with a Multimeter

To modify a screwdriver with your own hands, prepare:

Step 1. Before you begin, you need to completely disassemble the tool. Use a thin, long screwdriver for this.

Step 2. First, remove one half of the case, and leave the second with its internal contents in its original form. Remove the battery from the case. Your inside screwdriver may look a little different. It all depends on the manufacturer. Be sure to find the positive and negative electrodes. For further work, they will be needed.

Remember the location of all the internal parts of the instrument and carefully remove them from the housing.

Step 3. Boldly cut the lower part of the plastic case, which acts as a stand, with a file. In a modified screwdriver, this part will be superfluous. Try to cut the parts symmetrically on the two halves of the tool.

Step 4. Strip the ends of the wires on the battery clamps. To do this, use a sharp knife. If your wires are too long, cut off the excess parts with wire cutters and only then strip them.

Step 5. Connect the wires to the electrodes. In this case, the design was a bit unusual, so it was enough to thread the wires into the clamps and fix them with electrical tape. In most cases, you will need to use a soldering iron with solder to connect. Be prepared for this in advance.

Step 6. Reassemble the screwdriver. Insert the inner contents, lead the wires with the clips out. Assemble the housing and fasten it with screws. At the bottom where the stand was, fasten everything with electrical tape, covering it with the hole that was formed.

The result of your efforts will be a significantly improved screwdriver with performance higher than before. At the same time, you can use it while on the road or far from places where you can charge the battery of the instrument itself.

In the Service, Maintenance, Tuning section, to the question is it possible to directly connect a 12 v screwdriver to a car battery? asked by the author Nikolai Chupin the best answer is elementary. just turn on the auto-battery can die pretty quickly-good luck

Answer from Igor Strod [guru] If the screwdriver is.12 volt, then through the wires you can connect in parallel to the car battery. The answer from the muzzle is Mongolian [guru], the current will burn out The answer from Sergey Afanassiev [guru] is possible. There will be no problems. The capacity of automobile Akum. much more than a native screwdriver. Therefore, it will be possible, but it will be inconvenient for the evil. The response from the Highlander will become very heavy for the small [newcomer] shurumpel. The answer from Karit Gafuanov [guru] can be thought up without any current problems as an Answer from Alex Vis [guru] You’re at home 220 v directly into the wall socket. So here. Answer from Aleksandrych 150 RUS [guru] You can! We had a case at work. A team arrived to install windows in a summer cottage (over 150 km.) And there suddenly the lights went out. Do not ride back and forth! Thank God the house was wooden (a hammer was not needed).

So, the usual battery from the VAZ 9-ki closed two screwdrivers for 7 hours of operation, and then he started the machine on the return trip.

Reply from 2 replies [guru] Hello! Here are more topics with the right answers: