A bit about the history of Stihl

He founded the company German. Andreas Stihl. In 1926, he registered a machine-building plant under the name A. STIHL and immediately presented the first saw of his production to the public, it was an end saw with an electric motor with a power of 2.2 kW, its weight is simply shocking. 48 kg. 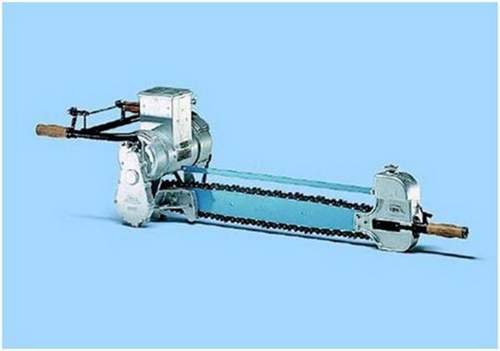 In 1927, the company had two employees, not counting Andreas. 1929, the company employs 20 people, Andreas invents the first gasoline-powered chain saw. It has a capacity of six horsepower, a mass of forty-six kilograms.

1931 year. Stihl enters into export contracts for its products. Thus, the first chainsaws of the company begin to be delivered to Russia, the USA and other large countries.

1932 year. Stihl receives a patent for its first chain with scraper teeth, which significantly increase the cutting speed.

1934. The company is developing and patenting the first automatic chain lubrication system.

In the forties, the company has more than two hundred employees, and its cash turnover is more than three million German marks.

In 1950 Stihl launches its first one-handed chainsaw that looks like modern models, but its weight is still too big.

Andreas does not stop there and in 1954 he presented to the public the first BLK chainsaw, which stands for gasoline. light. compact. Saw weight 11 kg.

From this moment, the company begins its rapid development. Andreas is developing a membrane carburetor, thanks to which the chainsaw can be used in various positions, not just vertically.

In 1959 the Contra saw appears. Weight 12 kg, power 6 horsepower. This saw is making a breakthrough in logging worldwide.

The modern Stihl Corporation has more than 20,000 employees, and its branches are located in almost all countries of the world. The main production facilities are located in China. In 2016, the company released the first chainsaw with an electronic carburetor control system, called the M-Tronic.

Features of the device and the principle of operation of Stihl chainsaws, patented technologies

Over its long history, Stihl has patented a large number of technologies, many of which are also used in modern chainsaws. Let’s take a closer look at the company’s patents that make working with a chainsaw easier and more convenient.

In a conventional two-stroke engine, the fuel mixture does not burn out completely, a certain amount of fuel is thrown out of the cylinder along with the exhaust gases, which harms not only the environment, but also the human body.

Read more:  Chainsaw give the gas stalls cause

2-MIX technology is based on purging the combustion chamber with clean air, resulting in reduced fuel consumption and the content of harmful substances in exhaust gases. The video from Stihl, which you can watch below, shows how the engine works with 2-MIX technology.

A catalyst is a special device that burns unburned fuel in a muffler before it enters the atmosphere. During the process, the temperature can rise to 1000 degrees, so the walls of the muffler in which the catalyst is installed are double.

Using a catalyst in a two-stroke chainsaw engine reduces the amount of harmful carbons in the exhaust by 80%.

Stihl install the catalyst only in the form of additional equipment, it is not included in the standard equipment of chainsaws.

Special air filters from STIHL, several times increase the life of these elements, compared with conventional filters. When using a durable filter, its service interval is also increased.

The special air filter mounted on the Stihl chainsaw has the following advantages:

Intelligent engine technology is unique in its kind, even such eminent manufacturers as Husqvarna, Echo, Makita have no analogues.

The essence of the system is the electronic control of the quality and quantity of the fuel mixture. Those who have encountered chainsaws know that self-adjusting the carburetor sometimes leads to sad consequences. In an engine with an intelligent system, manual adjustment is no longer necessary.

The system is able to distinguish between cold start and hot start and automatically adjust the quality of the mixture to obtain optimal engine power, reduce fuel consumption, increase its service life.

The advantages of the system are as follows:

The system works by means of an electromagnetic valve and a microprocessor; it receives power from a pair of terminals mounted on the flywheel. When working under load, the proportion of air-fuel mixture is adjusted every five seconds.

Read more:  How to Assemble a Stihl Carburetor 180 Video

It is interesting: in just one second, the valve opens and closes about 30 times.

The first smart chainsaw is the STIHL MS 280.

The solution to the problem was the installation of a decompression valve, designed to lower the pressure in the cylinder, until the engine starts. The principle of the system is as follows, before starting the engine, the valve is opened. At the time of starting, after the first flash, as a result of a sharp increase in pressure in the cylinder, the valve closes automatically. information about the decompressor, in the video below, tells the specialist service center for maintenance of gasoline powered tools. Having looked at it, you can find out in more detail what the system is intended for, its common malfunctions and remedies.

The operation of the chainsaw at negative air temperatures can cause carburetor icing, which will make further use of the tool impossible. The solution was an automatic carburetor heating system.

The system consists of a heating element and a thermal switch. It is powered by a current generator installed in the flywheel area. When the carburetor temperature drops to 10 degrees, the thermal relay is activated and power is supplied to the heating element.

The system is useful for professionals who have to work for a long time at low temperatures. For example, these are employees of oil companies involved in cutting logs for oil pipelines.

In winter, snow sticks to the chainsaw handle, compressing, forms a slippery crust, which can cause an accident. The heating system allows you to prevent the appearance of ice and make the chainsaw control safer. STIHL saws with handle heating system have the letter “W” in the model designation.

The most famous and popular Stihl chainsaw is the MS 180. This is a simple, relatively cheap chainsaw that is not intended for professional use.

Since its inception, this model has gone through several restylings, as a result of which its appearance has been improved. It has an improved modification on which to install the following systems:

Superior Stihl 180 is marked with the letter "C".

If everything is clear with the most popular household chainsaw company Stihl, then with a saw for professionals everything is much more complicated. As a saw for felling, Stihl offers a wide range of chainsaws, which includes more than ten models of different power and configuration.

Consumers have the opportunity to choose the saw that is best suited to solve a particular problem, so all professional Stihl models are popular. In addition, Stihl constantly discontinues obsolete models, replacing them with modern ones. All models for professional use that are commercially available today are presented in the photo.

The best chainsaw, this means the most modern, equipped with a maximum number of "buns" to facilitate its operation. Today, this is the Stihl MS 362 chainsaw (C-M VW). 6 horsepower engine (3.5kW). Weight is about 6 kg. The following patented Stihl designs are installed on the saw:

MS 362 is a light and powerful saw for professionals, which is distinguished by a large engine resource, the quality of the plastic elements of the case, and the maximum number of systems that facilitate its everyday use.

Which Stihl chainsaw to choose for home

In the forums about chainsaws and their repair, you can often come across the question of which Stihl chainsaw to choose for the home. Such questions are often asked by those who are not familiar with Stihl and its chain saw separation policy.

All Stihl chainsaws are purposefully designed for specific purposes and fall into four categories:

Based on this information, it can be concluded that all saws that are designed for home and maintenance of the site can be used by lay people and ordinary users.

In order to ensure that buyers when buying a chainsaw can easily determine which category this or that model belongs to, the rear handles of chainsaws are made in three color options.

If you are not an experienced user, but you know that you need a saw only for pruning tree branches, then you need to pay attention to special saw models, or rather, high-cutters and saws for tree care, which are simple, easy and safe to use.

Stihl four stroke chainsaw, is there any?

In conclusion of the article, I want to answer the question of users “Does Stihl have four-stroke chainsaws?”

Answer: There are no four-stroke chainsaws today, but they will probably appear in the near future, since there are developments in this area.

At the moment, Calm has only a lawn mowing machine on which a four-stroke valve engine is installed.

Such an engine, like a two-stroke engine, runs on a mixture of gasoline and oil. Its advantages:

Stihl Corporation has a rich history, thanks to which the quality of its products is considered almost standard. Own laboratory, a large staff of employees and production located in different parts of the globe, all this guarantees the quality of products and after-sales service. You can learn more about specific Stihl chain saw models by reading the chainsaw reviews on our website.