One of the most important issues that any owner of this equipment faces. Sometimes a manufacturer clearly indicates fuel consumption per unit of power (horsepower or kilowatts) in grams. You can find this information in the table of technical specifications of the loader. However, for all its usefulness, it does not give a clear idea of ​​how much fuel is needed for the job.

How to determine the consumption rate for 1 hour?

It is calculated as follows: 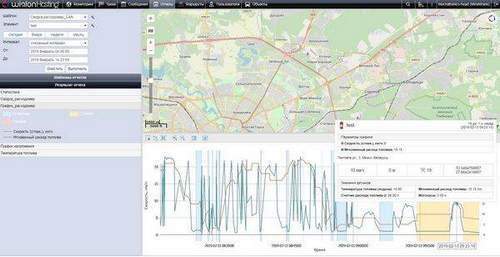 The power of the power unit, as well as the specific fuel consumption, can be found in the maintenance manual. Data is entered in it in the form of a graph. It is being built by specialists of the manufacturing plant. The basis for this is the test results in different modes. In practice, the maximum speed of the power unit is very easy to achieve. squeeze the gas pedal all the way. As a result, the loader accelerates, overcomes the rise with the load, raises it to the maximum permissible height, and all this, mind you, at maximum speed. Of course, in this mode, the loader will work only part of the shift. Therefore, it is necessary to use a coefficient designated as k1: it characterizes the work at maximum speed. It can be called an individual indicator of the specifics of the loader.

Suppose a diesel forklift was rented to load wagons and unload wagons. He works completely the entire shift (8 hours), without overcoming the slopes and without using the maximum height of the forks, since the platforms he serves are located at a height of only 1,500-2,000 mm. The maximum speed of the power unit is used only when the unit accelerates to cover the distance between the loading and unloading area. This operation takes approximately 30% of the working time.

But it may be so. The company operates 24 hours a day. But the shipment of materials (products) during this time is carried out only 2 times for 2 hours. The remaining time the loader is operated with minimal or medium intensity.

Accordingly, the coefficient characterizing the ratio of operating time to load (maximum / minimum) is lower in the second case. You can precisely determine its value by measuring the time during which the loader overcomes the resistance of the coating (road) and raises loads of maximum mass. Summing up the indicators, we obtain the operating time during which the maximum loads act on the unit. And it is this time that must be subtracted from the duration of the (total) one shift.

The desired coefficient is the ratio of the operating time with minimum and maximum load (70% and 30%, respectively). Therefore, if the loader was used with a maximum load of 30%, then the coefficient value is found by dividing 70% by 30% (that is, the value is 2.3).

On the practical aspects of fuel consumption

Of course, between theoretical calculations and practice, there are certain differences. The fuel consumption is influenced not only by the duration of the operation at maximum speed, but also the power of the power unit and the specific fuel consumption.

Equipment that failed to be tested and loaders with impressive mileage demonstrate higher fuel consumption than those whose engine has been adjusted. An overestimated flow rate can be detected during special testing in the case of work with maximum load. For example, a one and a half ton machine can show a flow rate of 5 to 6 liters per hour, although the average value of this indicator is 3 liters per hour.

It should also be noted that in real conditions a lesser load acts on the power unit than during the test tests. To determine the fuel consumption for cancellation, you need to conduct a series of control measurements.

As an example, let’s cite the timing of a BX50 forklift from Komatsu (power unit. FD30T-16, load capacity. 3,000 kilograms). Type of work operations. unloading trucks, as well as placing goods in wagons. Work is performed for 9 hours every day. Fuel consumption. 2.5 liters per hour.

With a 4D92E power unit, with a 24-hour shift duration, fuel consumption by appliances is: