In all band saws for cutting meat, a band saw (saw) welded into a ring is used as a cutting tool.

Depending on the model of the saw and the type of raw material to be sawed, the band blades differ in size (length, width and thickness), the number and shape of the tooth, as well as the grade of steel from which the saw blade is made.

Company "MT service" offers ribbon belts for meat, fish, poultry and bones made of modern high-quality alloy steel, the teeth are hardened, bred and sharpened. For the production of tape paintings, the fabric is used in bays of trusted manufacturers from Italy, Germany and Sweden (Munkfors).

For more information about tape sheets for meat products: classification of sheets, comparison, characteristics and how to choose a tape sheet can be found in the article at the link: http://pila154.ru/a197369-lentochnyh-polotna-dlya.html. 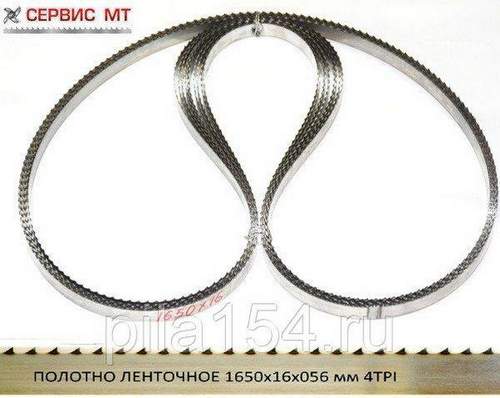 Own production (welding of the band saw is carried out on modern IDEAL equipment) allows us to guarantee the quality of the weld of the band saw, low prices and the manufacture of saw blades for any model of band saw for cutting meat, fish, poultry and bones in the shortest possible time.

We carry out shipment in Russia and the CIS by transport companies, courier or mail.