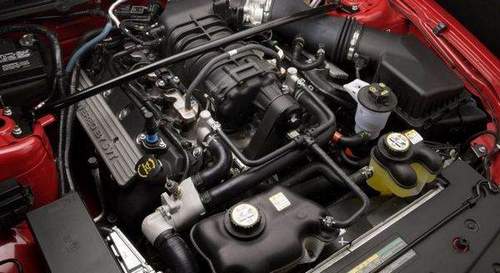 To begin with, during the operation of the car, drivers quite often encounter the fact that the engine does not start, it works intermittently or stalls unexpectedly. In this case, usually the diagnosis affects the ignition system (on gasoline cars) and the power system.

As practice shows, the unstable operation of the power unit on gasoline cars in many cases is due to the fact that gasoline does not enter the engine. In this article we will talk about why this happens, as well as what to do to the driver if there is no gas in the engine.

For what reasons fuel is not fed into the cylinders

So, the general scheme of the power supply system involves the intake of fuel from the gas tank, after which the fuel enters the carburetor or injector.

Next, the fuel is fed into the intake manifold, then the air-fuel mixture through the intake valves enters the combustion chamber.

At the same time, an electric gas pump is installed on injection engines. The specified pump is located directly in the fuel tank. If we talk about a mechanical device, then often its damage or malfunction leads to damage to the membranes, as well as overheating.

We add that if the device is not able to create the necessary pressure in the fuel system (pressure is absent or low), then the injectors on some internal combustion engines may not open, the engine will not start in this case. In other cases, the injectors still open, but the fuel is still not enough. At the same time, the unit starts to work intermittently, stall in different modes, etc.

At the initial stage, it is necessary to measure the fuel pressure in the fuel rail of the injection engine, while not forgetting about possible problems with the pressure regulator in the ramp.

Video: Gasoline Engine Does Not Receive Fuel: Injector And Carburetor

To avoid the above problems, the filters must be changed in a timely manner both on the carburetor and on the injection engine. You also need to remember that the filter screen on the gasoline pump must be periodically cleaned or completely replaced with a new one every 50-60 thousand km. run.

To avoid this, the injector must be periodically cleaned using one of the available methods (ultrasound, special cleaners on the stand, etc.). It should also be added that the carburetor may require cleaning, repair or a separate adjustment. For example, an insufficient amount of gasoline in the float chamber will cause the fuel to be insufficient for the normal operation of the internal combustion engine.

As you can see, if you have certain skills and knowledge, you can determine why gasoline does not enter the engine both on engines with a carburetor and on injection power units. However, many problems can be solved by yourself. For example, to repair, clean and adjust the carburetor is quite realistic in garage conditions. The same can be said for do-it-yourself nozzle cleaning.

In conclusion, I would like to note that the timely replacement of fuel filters, regular cleaning of the injector or carburetor, as well as riding on good quality fuel are the key to the correct operation of the power system of a gasoline or diesel engine.

Riding with a half-empty tank in winter also leads to the active formation of condensate, which accumulates in the gas tank. As a result, condensate (water) not only settles at the bottom and enters the combustion chamber, but also causes severe corrosion of the tank walls. As a result, rust appears in the tank, and in the case of through corrosion, active fuel leaks inevitably occur.

Diagnosing malfunctions that may indicate problems with the fuel pump. Self-checking the device, measuring the pressure in the fuel rail.

How to determine why the gas pump does not pump or does not work well. Fuel rail pressure, pump diagnostics. Wiring, relays, fuel pump fuses.

What to do if the engine "tupit", does not pull, deterioration in engine throttle response after pressing the gas pedal is noted. Main malfunctions, diagnostics.

Causes of whistling and increased noise during operation of the fuel pump, overheating of the pump. How to diagnose yourself and fix the breakdown. Tips and tricks.

Airing the diesel fuel system: symptoms and diagnostics. How to independently find a place of air leaks, ways to solve the problem.