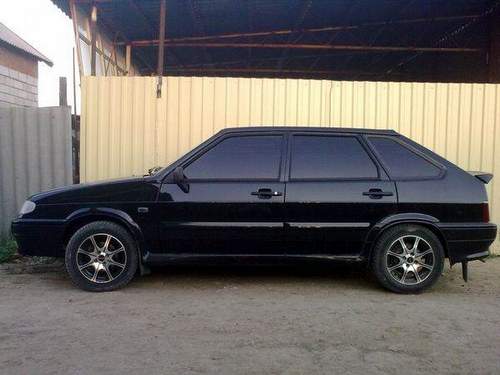 Welcome!
Classic. this name came from the people and it stuck to old cars, many manufacturers have their own line of classic cars (So they are called by the people, in real life each car has its own real name, which the manufacturer gave it), if we talk about Russia, then these cars are the well-known VAZ 2101-VAZ 2107, simply Zhiguli in common space, of all the cars that are produced at AvtoVAZ, the so-called Zhiguli are the hardest to underestimate, and it’s especially difficult to put it down cars on the thresholds, in this article we will give you tips on the correct underestimation of cars and tell you how at a lowered suspension of the car to do exactly the same as at the drain (comfortable).

Note!
To underestimate such machines, you will need a lot of tools, various kinds of keys, an angle grinder is required, but only you need to work with it carefully and wear a protective suit, there have already been many cases when a disk flew out of an angle grinder and simply crippled people, so you can’t joke about it and you need to be extremely careful, and also if the car is planned to be underestimated very low, you will have to affect the bodywork, and it all depends on how much the car will lie low and how big the wheels will be, more about that you will learn everything as you read the article!

Note!
In this article we will only talk about statics, we won’t talk about air suspension, because if you disassemble the air suspension, the article will be very large and not all people (especially those who ride classics) are ready to give such money for air suspension (It’s in the region of 40 thousand rubles if everything is new, used and for 20 thousand can be found), but here’s how many people want to know how to understate the car by cutting standard springs and by the way, we will not disassemble a strong understatement either , everything is within the norm!

1. In the beginning it will be necessary to determine the understatement of the car, namely, how much you will cut the turns, but just before doing this, find for yourself what kind of car you definitely liked for landing and after talking with the owner, find out what the springs have done , you can also ask how a car behaves in everyday driving (namely, how it overcomes obstacles, whether there are any problems with movement and similar issues) and having learned all this, decide for yourself how much you will cut the springs and remove them from the car, produce ie their gash, but not in any way try not to cut the spring if they are installed on the vehicle.

Note!
Nevertheless, there are a number of people who gash the springs without removing them from the car, we immediately warn you can’t do this, because the spring can then not just pop out, but shoot from its seat, there have also been cases when the coils damaged people and it is especially dangerous if turns will hit your face, thereby injuring you!

2. Now we’ll talk about how to remove the springs, in more detail we described all of this in two articles under the title: “Replacing the front springs” and “Replacing the rear springs on cars”, we immediately say that it is very difficult to do such work in one day, of course, but it’s hard, so be patient and take into account the fact that the car will not be on the move for at least a day or two, or even a week (depending on what the drink will be and depending on the modifications on the body), after the springs are removed from the car (You can start which is convenient, but the front t most likely it will take a very long time to replace it) gash them and install them in their regular place, if the gash is the easiest (about 1.5-2 turns, we are talking about the front springs) then you can not do any work with the body (But all the rubber bands you’ll have to cut it by half) and all the shock absorbers will be installed the same, if it is washed down in the region of 3 or 4 turns, then here is KX (Short-Shock Absorbers) and the chippers will have to be cut (as shown in the photo below), then chippers will need to be painted with a primer and light apply paint to rkhu, and put mastic on the paint or whatever other anticorrosion coating (so this place will not rot), if with such understatement big wheels or regular R13 wheels but on standard rubber are installed, then do the following after the entire assembly of the suspension action, unscrew the wheel completely (First, in one direction, then in the other) and see where it touches the arch, those places will need to be bent down with pliers well and nothing will be touched, or to roll out the arch (In this case, paint but it’s cracked in those places where you will roll the arch), the rolling is done as follows, a special device for rolling (which almost no one has) is taken and the arches are rolled, the most common variant of rolling is when an aluminum bit or handle is taken and from them the arches are rolled out with help, but if everything is done correctly then there’s still need to heat the paint with a building hairdryer so that the paint doesn’t burst and what nuances are there, for more details, see how to roll arches on cars correctly, in the video roller at the bottom of the article.

Read more:  How to Cut a Metal Profile For Drywall

3. We figured out the front part, now about the back one, it’s easier to saw if it’s washed down a little (in the region of two turns), then you don’t need to put any KX either, everything remains on the standard shock absorber, they will also work out the shock normally, if all the suspension in the back will not be comfortable, then specials are sold. fastenings for the rear shock absorbers, thanks to which the shock absorbers can be moved (so that they are slightly lower), in connection with this, the shock absorbers will move and the suspension will be comfortable, if the gash at the rear is around 4 and 5 turns, then here the tunnel will need to be digested (since the cardan will touch the body), in addition, it is necessary to put KX shock absorbers and cut the chipper in the middle and two rubber bands in each, where the springs stand to digest the tunnel, it will need to be cut, everything needs to be cut before cutting name thread, there brake pipes below the tunnel pass so stick between them, whatever the board, for example, so as not to accidentally ruin the pipes when it is cut, take new iron and weld by welding, but be careful that the metal didn’t catch fire.

Note!
If at the rear of the wheel the large ones stand and touch the arches, then the same thing as with the tunnel will have to be done, namely, cut out the arches and weld other pieces of iron, see the photo below for more details:

4. After the operations done, go to the gathering / camber and let everyone put it up there normally, this is mandatory because when the car sits down, the wheel angles all change and very much.

Additional video:
Learn more about the process of underestimating the classics and rolling the arches in the video clips below and we hope that you will underestimate your classics in moderation, not very or weakly, ahead of 3 turns and behind 3.5 the best landing in our opinion and the car looks very beautiful and a lot where she can drive.