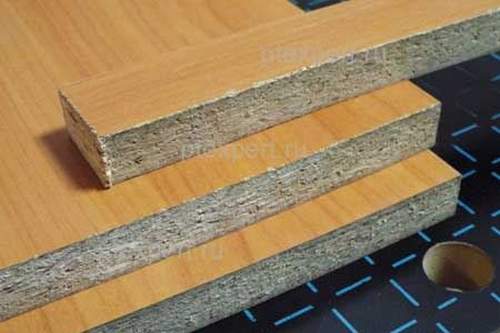 There are three parts in the photo, the upper one is sawn with an electric jigsaw, the middle one is sawn with a circular saw (parquet), and the lower one is also sawn with a manual circular saw, but then processed with a manual milling cutter. Of course, in each case, you can achieve different results, the whole thing is experience and dexterity. But in general, the capabilities of the equipment under consideration give roughly the same results for chips on chipboard.

Read more:  How To Choose An Angle Grinder For Your Home

Video: How to Saw Chipboard at Home

Now let’s look at whether to “scratch” a laminated layer. Perhaps this can help, but only if the following conditions are met. Since the file forms chips not only on these layers, but also on the extreme layers of the chipboard, it is necessary to “scratch” them accordingly. The width of the “scratched” line should exactly correspond to the thickness of the file (if you already do it, it will stab, make it wider and there will be a mark on the workpiece). The lines must be strictly above each other and must be cut strictly along the line. Think about how realistic it is to do it at home with your own hands, and the answer about “scratching” will be obvious.

Read more:  What Is The Difference Between A Miter Saw And A Circular Saw