So, to rewind the fishing line, you need, first, to remove the reel from the trimmer. it will be more convenient. The removal method will depend on the type of trimmer. 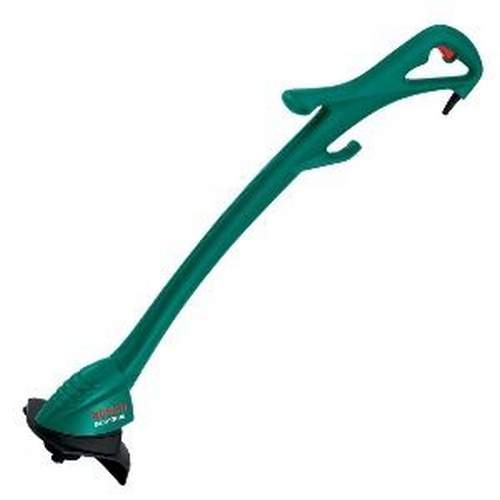 On small electric trimmers with the bottom position of the engine (when it is when working near the ground), the coil usually has two keys on its sides. We click on them and disconnect one half of the coil body from the second, which remains on the trimmer. Together with the first half, the inner part is taken out, on which the fishing line is directly wound. When parsing, be careful: inside there is a spring that can fly out and get lost.

On electric and gasoline trimmers with a curved bar (there is still no way to put a knife on such trimmers), you need to grab the coil body with one hand, and with the second hand you need to start turning the lamb on it. It is he who fastens the coil to the trimmer bar. Having unscrewed the lamb, carefully remove the entire coil, being careful not to lose the spring inside.

On electric and petrol trimmers with a straight rod and a gearbox at its end (in addition to fishing line, you can also install a knife on such trimmers), we look for a hole under the coil, insert a screwdriver into it, for example, rotate the coil quietly until the screwdriver penetrates even deeper, and the coil will lock. Now twist the entire coil clockwise (since the thread is left) and remove it from the trimmer. Then we disassemble the coil. It can be assembled using latches or twisted by a lamb. If the coil is on latches, then we press on the sides on the base of the latches so that they bend and release one half of the coil body from the other. We just twist the lamb. There may also be a third type of connection of two halves of such a coil: with it, you need to grab the lower part with one hand, and the upper one with the other, and begin to turn them in opposite directions. When disassembling such a coil, you must also make sure that the spring inside is not lost.

Video: How To Screw A Fishing Line Into A Trimmer Coil

If the coil is designed to work with two antennae, then do the following. On the inside of the reel, we see how many grooves are available for winding fishing line. There may be one or two. If there is one groove, then both antennae are wound along this same groove. If there are two grooves, then each antennae is wound on its own groove. The reel with one groove should have a through hole into which the line is threaded. We unwind 2-4 m of fishing line, thread it through this hole so that on each side of the fishing line sticks out equally. And at the same time we wind both antennae of the fishing line in the same direction, opposite to the direction of rotation of the coil on the trimmer and coinciding with the direction indicated by the arrow on the inside of the coil. We leave a little fishing line unwound, we fix the ends in special grooves, and if they are not, hold with our fingers. Pass both ends into the holes on the outer coil body. We assemble the coil and attach it to the trimmer.

There are still reels in which the line is threaded through a through hole on the inside. After that, the ends of the fishing line, without winding, are threaded completely through the holes on the outer casing of the reel, the reel is assembled and the button, which is usually pressed, is rotated so that the line can be released during operation as it wears out. Turn the button. the line itself is wound inside. At the same time, turning it in the “wrong” direction will not work, since it can spin in only one direction. If you adapt, then you can wind the line onto such a reel without even taking it apart. you just need to combine the through hole of the inner drum with the holes on the outer case of the reel, and then thread the line into them.