A hand drill is a tool that was very popular before the advent of a power tool. Each respected master in his arsenal had at least one such drill, which was simply an indispensable assistant. But such a tool has a significant drawback. the need to use physical force. Today, such tools are replaced by more rational ones. electric drills and cordless screwdrivers. New tools have appeared, but what about the old hand drills? Whoever has a hand drill from the Soviet Union lying around in the garage, do not rush to dispose of it. Something useful can be made from this tool. This article will cover a few ideas. 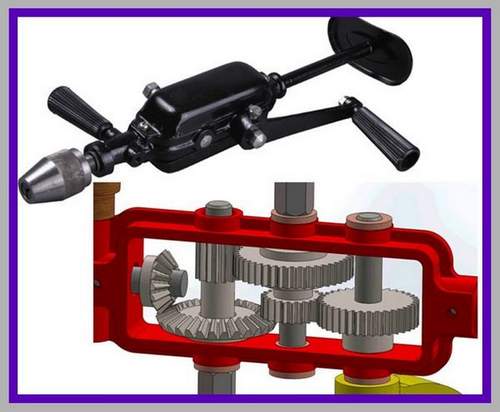 Features of a hand drill

A hand drill was created in order to drill holes in various types of materials: wood, plastic and metal. The principle of operation is based on a pair of gears of various diameters, which allows increasing the speed of rotation, making the tool quite suitable for drilling. Thanks to the gear mechanism, the tool has become widespread and is used even today.

Read more:  How To Clamp A Drill In A Hammer Drill

The interest in the use of a hand drill has decreased since the invention of electric drills, but still resort to the use of this tool in extreme cases when there is no electricity, and you need to urgently drill a hole. We will not delve into the details of this tool, but rather find out what can be done from an old hand drill?

If you are wondering what can be done from an old hand drill, then you are on the right track. Do not rush to throw it away, because of it you can make a great prefix to a screwdriver. The finished product will allow you to unscrew and twist various types of fasteners in hard-to-reach places, using a screwdriver. How to make such a device, consider in more detail.

Read more:  Mini drill for circuit boards with their own hands

Video: What You Can Do From A Hand Drill

The advantages of such an attachment for a screwdriver

The advantages of this console should include the following points:

Such a homemade prefix is ​​sure to come in handy in the household, as well as during the repair work of the car.

What to make from an old hand drill: option 2

From a hand drill, you can also make a very convenient key, something like a ratchet. This will require only two gears and some additional details. The result is a tool of the type shown in the photo below.

Details of its manufacture can be seen in the video:

In conclusion, it should be noted that such a useful thing as a hand drill is fraught with a lot of ideas for application.