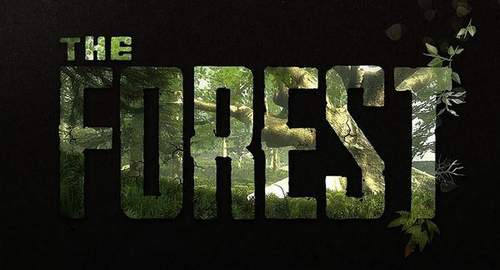 The Forest game has many useful items and weapons that can help you survive and find a son on an island inhabited by natives. In this guide, we will tell you where to find all the items you need.

Where to find a chainsaw

With the help of a chainsaw, you can very quickly and effectively roll trees and get rid of unnecessary stumps. You can find a chainsaw in the cave at number 9, after entering the cave you need to go to the first turn to the right, the corpses hanging from the ceiling will be a reference point, then go straight until you hit the wall along which you can go down to the left, an ice ax is needed for descent though You can gently slip on the wall. Next, you need to move forward without turning anywhere until the rope descent which will lead you into the room with tables, on one of them a chainsaw was lying.

Where to find a katana

Katana was added to the game in version 0.21, it looks like a normal modern version of the Japanese sword.
It is faster and stronger than any ax, with this weapon it will be easier for you to fight off mutants. You can chop trees with katana, but it will take a lot of time, but chopping shrubs into sticks will be very simple since you can wave it pretty quickly.

You can find a katana in one of the caves and easily pick it up, as it is not even guarded by anyone.
She lies in a cave camp with a bonfire and a bunch of resources. In the camp lay dissected corpses of Asian passengers. In the same room you can find a wooden partition, behind which lies a flashlight.

Read more:  The chain on the saw does not rotate

Where to find a map of the island and a compass

The map can be found in Cave 2 (Hanging Cave), the nearest entrance can be found in the main village, next to the huts.
Go down to the cave and explore everything near the descent, there you will find a compass and a map that will be filled as you explore the island.

When you die for the first time, you are also dragged to this place, the place where you are hanging is very close to the location of the map, as well as the compass.

Where to find scuba gear (Rebreather)

Rebreather. equipment for diving under water that is useful to you for exploring various caves filled with water.

You can find scuba gear in the fifth cave marked in red on the map.
The entrance to the cave looks like a hole in the stones with a rope. Go down the rope and find yourself in a large room, keep to the right side. Pass by the corpse illuminated by the beam to the passage boarded up with boards with crosses attached to them. Cut your way and calmly go to the next room. There are no other passages, except for the descent even lower on the rope, approximately in the center of the room.
Go down two ropes and find yourself in an oblong room with a narrowed passage between the rocks, which will lead you to the water. Near the water, stop and turn your gaze to the left, there you will find a scuba gear that lies next to the skeleton, pulling your hand forward,

Video: Where to Find a Chainsaw in The Forest 2018

Where to find the key card from the hopper

You will need a key card to complete the game. You can find it in one of the caves, the entrance to which is located not far from the containers scattered on the shore. After you enter the cave, you will need to move forward to the descent (the first descent that will be on your right side you must skip), when you go down you will see a wooden partition that you will have to break and move on to the opened passage before the next descent, when you go down stumble upon a bunch of corpses among which there will be a key card and also nearby you can find a video camera.

Read more:  Adjusting The "Chainsaw Partner 350" Carburetor Do It Yourself.

Where to find flintlock gun

A flintlock pistol can be assembled by finding all 8 parts of the pistol. These parts can be found throughout the peninsula in hiding places. Caches are located under a stone slab that can be blown up with explosives, dynamite or a bomb. Also in the hiding places you can find old bullets for weapons, which can also be found in other places on the peninsula, including the cave system.

Part of the pistol 1. Barrel.
The cache is located a short distance south of the main cannibal village at the edge of the cliffs overlooking the ocean.

Pistol Part 2. Pistol Bed.
At the end of a large peninsula, behind the Sacred Tree, at the edge of a cliff overlooking the ocean.

Part of the gun 3. Ramrod of the gun.
Located inside one of the huts Priozernaya village.

Gun Part 4. Trigger.
Located next to the Village on the beach, also not far from the dead shark, next to the river overlooking the ocean.

Pistol Part 5. Cover (Flint)
It is located behind Goose Lake, near the edge of the cliff, which goes down to the lake.

Gun Part 6. Trigger
Located on the southernmost of the two islands, next to shipping containers, be careful, as there is a shark in these waters.

Pistol Part 8. Drummer
Located in the upper left edge of the map. Near the village on the beach, but above it, near the edge of the cliff.

Read more:  Where is the chainsaw in the forest?

Where to find the signal gun

The signal pistol is a weapon of ranged and close combat. A rather rare weapon that cannot be made, but can be found in the bow of the aircraft. Weapons require flares that will come across in caves, on a yacht, or in abandoned camps. The signal pistol is an excellent weapon, with its help you can set fire to any enemy. To charge a rocket launcher, just combine it and the fire in the inventory.

Where to find an ice ax

The ice ax is very useful to you in the game for climbing or lowering along various rocks and steep walls, you can find it in one of the caves. The fastest way to get to the ice ax is to go down to cave number 9, unfortunately the passage to the right side is not intended there, but you can carefully go down sliding along the edge of the cliffs.

Where to find the Modern Bow

A modern bow was added by developers to the game in patch 0.69. The bow has increased damage and firing range, but a slower arrow reload speed than a homemade bow. A modern bow can use all types of arrows, just like a simple bow, it is capable of dealing deadly damage to an adversary’s head.

Onion is located in cave number 7. The same way as to the door to the karst funnel. Only near the transition you need to turn right and go forward. Reaching the water, put on a rebreather and swim forward. When you come out, there will be a tent nearby. On the boxes will be the desired item.

This guide is at the filling stage and will be constantly updated.