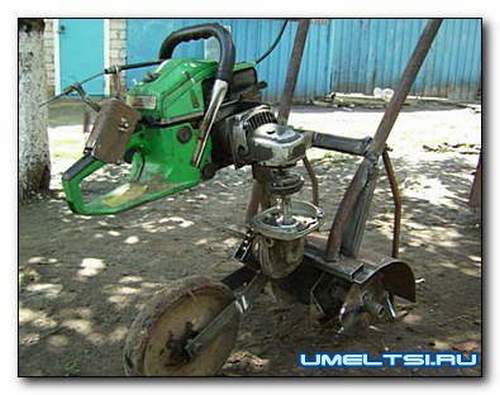 Those who have land in their possession know firsthand how much effort and time it takes to cultivate this very land. If you use a hoe, a rake and a shovel during work, this is of course very good, and it will even be a little easier for you to work. But if we are talking about large areas where very high physical costs are needed. improvised gardening tools will do little to help you.

Praise to the people who make the process of progress possible, and thanks to which it is developing successfully and does not stand still. It is thanks to all of the above that a device such as a tiller, a cultivator for the soil was invented, which will greatly facilitate your life.

Almost all of these devices have one principle of operation, which is to start a special mechanical part, which, in turn, puts the device loosening the soil into a state of movement.

The classification of technology depends on what it is intended for. For example, this includes: engine power, size difference, the vastness of work and operation.

Based on these criteria, cultivators are:
heavy;
medium heavy;
lungs.

That is, if your land is relatively small and has soft soil, the light version of this technique is perfect for you. As a rule, light cultivators are bought for greenhouses and flower beds. If we are talking about clay soil, then you can not do without a medium heavy cultivator. Heavy devices are universal and can be used on any type of soil.

Behind the way of functioning cultivators are:
gasoline;
with electric drive;
tame.

Video: How to Make a Chainsaw Cultivator

We will focus on gasoline. In order to save money, they can be made with your own hands.

Those people who have “hands from the right place” have more and more new ideas in their heads how to use chainsaws, and they successfully bring them to life. Now we will get acquainted with how to make a cultivator out of such a chainsaw. The author of the article had an old chainsaw in use, and so that it would not be idle, he decided to make a tiller cutter from it to process his garden.

So, let’s take a closer look at the design of this home-made device. The cultivator consists of several parts:
1. He has a front steering wheel.
2. Homemade cutters are also available. They are driven by a chainsaw engine through gearboxes.

Gearboxes were taken from the grinders. Thanks to them, the engine speed is reduced. Further, the torque is transmitted from the engine to the gearboxes, and then by means of a chain transmission directly to the cutters.

When the work is completed, the last thing to do is to test the finished cultivator. A big plus of the finished device is its unpretentiousness to oils and fuel. Another significant advantage is the autonomy of the unit. That is, unlike an electric cultivator, it is possible to operate such a cultivator at any time and in any place.

This is the original solution that occurred to the craftsman. He brought it to life and turned out to be a very good and needed cultivator from a simple chainsaw, with which you can carry out the processing of the garden.

Read more:  How to make lugs for a walk-behind tractor with your own hands