Which grinder is better 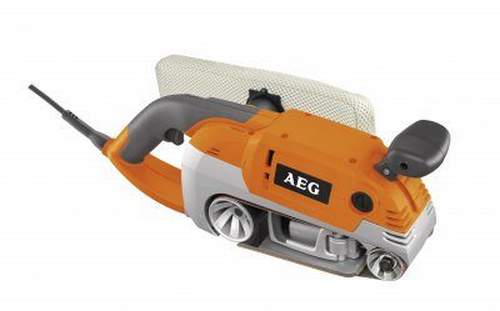 Test 1. The removal rate of the layer, or power. not important

And immediately one of the key tasks. At first glance, the favorites and the outsider in this contest are obvious, since the difference in characteristics is noticeable. However, let’s not rush to conclusions. One of the participants will surely present a surprise! We will find out who he is a little later. And the task for the models is as follows: completely clean the surface of the old pine board 12 by 70 cm. The maximum speed and a tape with grain 60 were used.

For the sake of interest, an additional condition was introduced. At the first stage, the machine was polished only under its own weight. On the second. the operation was repeated, but the LSM pressed a weight of 2.5 kg (imitation of muscle effort). (Table 1).

Under its own weight

A small remark on these models: if when you turned on it seemed to you that the car was not working, do not rush to get upset because of a breakdown, just the engine turns on with a delay of one second.

The main sensation. DeWALT DW433. A real tornado, a bunch of energy! The model pulls so well that sometimes it was necessary to hold a not very heavy workbench.

It seems that the data (power and size of the sole) is average, so what’s the secret? Then everything was decided by a solid mass. I will say more: you don’t need to press on the tool when working, as there will be no power reserve. The extra load will give an increase in productivity, but the machine will grind harder.

This test was also decided to bring as close as possible to practice, and in practice, the alignment of the surface. another common operation for LSM. Different surfaces were involved: both the “plane” of the board and the end face. This is done in order to assess the stability of the machine (how convenient it is to keep it in the correct position, without longitudinal or transverse distortions).

The essence of the problem is this: the area of ​​the LSH support is only about 60% of the area of ​​the entire lower side of the tool, and in work you often don’t feel whether the sole is snug against the board or not.

The word “leveling” in this section of the test has a non-traditional meaning for LSM (smoothing of “hills” is not planned). It is necessary to remove from the surface of the shield a lot of shallow chips from the hammer, and then clean the edge of the board with a thickness of 40 millimeters. The presence of grinding defects (pits, traces from the edge of the tape, beveled edges. All this is summarized in one rating with the following comments), as well as the stability of the machine, is evaluated. (Table 2).

LSHM. one of those tools for which the load is created primarily by its own weight (unless, of course, strong hands strongly press on top), but often “tape machines” work on weight. It would be possible to get by with just an indication of the mass of the machines, since this indicator is key, but some of the tested LSMs are unusual in terms of ergonomics and deserve a detailed story. For this part of the test, the task is as follows: to chamfer the edge of a horizontally mounted board, and then sand the door frame. But first. measured weight of machines (with cable and dust collector). (Table 3).

Video: Which Grinder Is Best Belt Or Vibratory

Of all the grinding machines in woodworking, the record holder is determined by the amount of dust left behind. This tool has not one, but two impellers, one of which is designed specifically to remove wood dust into the drive. In the course of the next task, it remains to be seen how effectively the dust removal system of the tested machines works. To do this, within 5 minutes, a 200×200 mm timber was mounted, mounted on a workbench. Then subjectively assessed how much dust rose into the air and settled on the black surface of the workbench. A low rating means that the tool doesn’t “clean up after itself”. (Table 4).

Storage device: multilayer rag bag, made with high quality. Mounted on the side of the case, removed quickly. Emptied by a long zipper from below. The case with the AEG LSHM also has a rubber corner adapter for the vacuum cleaner.

2. Hitachi SB10V2, Makita 9404. If you take into account the high performance of these LSMs, then they sprayed a little and a solid "four deserved.

Storage device: in both cases. rag bag. It is put on the branch pipe.

3. Bosch GBS 75 Ae. The dust extraction system here works poorly. Even after prolonged grinding, the drive is almost empty. The paradox is that the tool leaves a little dust, since performance is not its strong point.

Storage device: a rag bag worn on the nozzle and additionally secured with a screw clamp. A screwdriver is required to remove.

Read more:  Network Screwdriver Which Is The Best Of Inexpensive Rating

4. DeWALT DW433. It’s the opposite. The container fills up pretty quickly, but a lot of dust remains. Apparently, the system does not cope with such a productive grinding. And this is another reason why it is not necessary to put pressure on such an already heavy tool: there will be even less benefit from a slowed-down impeller. By the way, the removal of dust into the drive for this model can be blocked by closing the shutter with a special lever. This will help when sanding without a dust bag (for example, in hard-to-reach places). the waste will not fly around the room. But that is not all. The most interesting. under the wide side cover. There is a separate separate impeller especially for dust extraction: it is mounted on a separate pulley driven by a separate belt (in total, two belts are involved in the work).

Storage device: a container with a rigid frame, on which a bag of thick fabric is worn. Unusually made mount. The container itself is inserted along the guides into the rubber adapter-expander and fastened with a metal bracket from the bottom. In turn, the adapter is attached to the nozzle, and from the bottom it clings to the housing of the LSM with a rubber hook. To remove dust, it is enough to remove only the drive, the adapter can not be touched.

In this section. about the features and mechanisms of balancing the tape in the tested LSM.

DeWALT DW433. The belt tensioning mechanism is non-standard. everything is tied to the upper roller deviating deep into the platform. Be careful, the springy tension lever can hit your fingers painfully.

The actual balancing is automatic: the barrel-shaped rollers do not allow the tape to move to the side. But there is an additional manual adjustment: by turning the alignment screw, you can change the installation angle of the front rollers, which will shift the tape to the side.

Makita 9404. The belt tension is normal here (the front roller is pulled back to loosen and forward to tension), but the equipment is balanced automatically. A strong imbalance is eliminated by rotating the screw, which shifts the front roller to the side. I liked very much that it was not necessary to catch the neutral position of the tape by tightening the screw back and forth: even a meager displacement is achieved easily and quickly.
Hitachi SB10V2. The tensioning method is similar to Makita LSH, however, balancing is manual. Another difference: not the centering screw is spring loaded here, but the roller itself. Balancing the tape is not so convenient: turning the screw, you need to wait until the tape stops moving, and then adjust its position. At AEG HBS 1000 E Metabo BAE 75, Bosch GBS 75 AE traditional manual tuning is used: the position of the tape must be "caught" by manipulating the screw. In the first two machines, the adjustment is achieved by varying the angle of installation of the front roller (by the way, the tensioner lever and the centering screw handle are rubberized here), in Boschevskaya. lateral displacement of the roller.

Those who think that LSHM. “One-sided” and rude instrument, are mistaken. By putting the LSM tape up, you can grind small parts and even make figures. Basic tricks. rounding of the edges, angles or plane of the bar, as well as grinding by the roller of the recesses in the end or edge. True, there is a limitation, namely the radius of the roller. Finally, we can recall more practical tasks for the LSH, fixed upside down: for example, sharpening inventory or cutting the board at an angle. This section of the test will not be rated, I will manage with simple comments on the results of the work. And the work involved first installing the LSM in the hospital, then chamfering from the edge of the board, and then. “Figured” grinding of the bar using the techniques mentioned above.

AEG HBS 1000 E. A stationary installation for this tool is not provided, but the machine is easy to fix on a workbench. The additional handle, if necessary, can be removed. The sole dimensions and the width of the tape of such LSMs do not provide for stationary grinding of overall details. So, when rounding the edges of a more or less long bar, you will have to additionally process the edges. Only a small segment of the roller with a radius of 2 cm can be used to “cut” the recesses, otherwise the fillet will become flat.
Metabo BAE 75. To what was said about the AEG HBS 1000 E, we can add that the “Metabo” prepared a pleasant surprise: complete with a LSM comes a stand for installing the machine “upside down”, which is attached to the body with stops and a screw. By the way, the additional guide during such work was also not superfluous: for chamfering. that’s it!
Bosch GBS 75 AE. This machine is very convenient in that for stationary installation it actually does not need any devices: the casing is flat from above and the model stands confidently on the surface even without any fixation. Otherwise, the Bosch machine differs from the AEG HBS 1000 E by the size of the sole, and the front roller has a radius of about 2.5 cm.
Makita 9404, Hitachi SB10V2. Users of these LSMs will have to invent stationary installation methods, since there are no devices for it in the standard set. In the case of SB10V2, the situation is complicated by the fact that the cable leaves the handle from above and the rubber bush-amplifier can become a hindrance. In operation, the machines are comfortable with a wide and long sole, which facilitates the processing of overall details.
DeWALT DW433. There were no devices for stationary installation complete with the machine (although they can be purchased separately), so I had to fix the tool on a workbench. This machine stands out, first of all, with small-radius rollers. So, in particular, the lower roller is not closed by anything, which allows you to make in the end of the recess a small radius (less than one and a half centimeters).